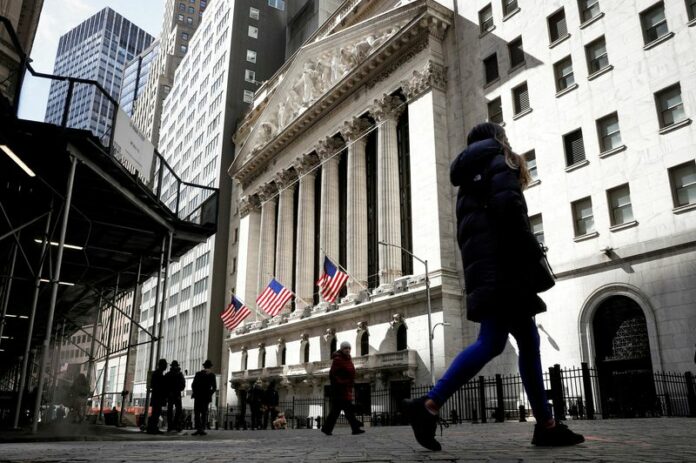 Explainer-Several parts of the U.S. yield curve are inverted: what does it tell us? 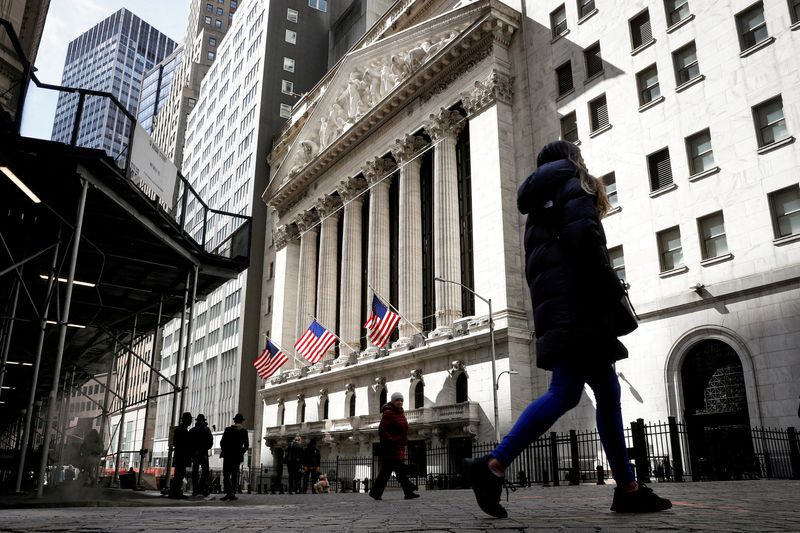 By Davide Barbuscia and David Randall

NEW YORK (Reuters) – As the market widely anticipates the U.S. Federal Reserve to hike interest rates by another 75 basis points this week, several parts of the U.S. Treasury yield curve point to an upcoming recession.

The U.S. central bank has hiked interest rates aggressively this year to fight inflation. Curve inversions essentially reflect traders’ expectations that the Fed will need to cut rates later on to help an economy hurt by higher borrowing costs. The Fed is on Wednesday expected to hike its target overnight lending rate to a 3.75%-4.00% range.

Yields on two-year Treasuries have been significantly above those of 10-year Treasuries since early July. Other parts of the curve that the Fed sees as more reliable warnings an economic contraction is expected have also inverted, or have flattened significantly, in recent weeks.

Here is a quick primer on what a steep, flat or inverted yield curve means, how it has predicted recession, and what it might be signaling now. WHAT SHOULD THE CURVE LOOK LIKE? The U.S. Treasury finances federal government budget obligations by issuing various forms of debt. The $24 trillion Treasury market includes bills that mature in one month to one year, two- to 10-year notes, and 20- and 30-year bonds. The yield curve, which plots the return on all Treasury securities, typically slopes upward as the payout increases with the duration. Yields move inversely to prices. A steepening curve typically signals expectations for stronger economic activity, higher inflation, and higher interest rates. A flattening curve can mean investors expect near-term rate hikes and are pessimistic about economic growth further ahead.

HOW DOES THE CURVE LOOK NOW?

Investors watch parts of the yield curve as recession indicators, primarily the spread between three-month Treasury bills and 10-year notes, and the two- to 10-year (2/10) segment.

Yields on two-year Treasuries stood at 4.523% on Tuesday while the 10-year were at 4.035%. That curve has been in deep negative territory for several months now.

The curve plotting yields of three-month bills against those of 10-year notes, which had already inverted in intraday trading in July, has turned negative late last month, closing inverted for the first time since early 2020. That negative yield spread stood at -12.1 basis points on Tuesday.

Another part of the curve that Fed Chair Jerome Powell has indicated as a more reliable harbinger of recession has flattened significantly, and some analysts said it could invert soon. What Fed economists call near-term forward yield spreads – namely the differential between the three-month Treasury yield and what the market expects that yield to be in 18 months – stood at around 25 basis points on Tuesday.

The inversions suggest that while investors expect higher short-term rates, they may be growing nervous about the Fed’s ability to control inflation without significantly hurting growth. The Fed has already raised rates by 300 basis points this year.

The U.S. curve has inverted before each recession since 1955, with a recession following in six to 24 months, according to a 2018 report by researchers at the San Francisco Fed. It offered a false signal just once in that time. That research focused on the part of the curve between one- and 10-year yields.

Anu Gaggar, Global Investment Strategist for Commonwealth Financial Network, found that the 2/10 spread has inverted 28 times since 1900. In 22 of these instances, a recession followed, she said in June.

For the last six recessions, a recession on average began six to 36 months after the curve inverted, she said.

Before this year, the last time the 2/10 part of the curve inverted was in 2019. The following year, the United States entered a recession, albeit one caused by the pandemic. WHAT DOES THIS MEAN FOR THE REAL WORLD? While rate increases can be a weapon against inflation, they can also slow economic growth by raising borrowing costs for everything from mortgages to car loans. The yield curve also affects consumers and business. When short-term rates increase, U.S. banks raise benchmark rates for a wide range of consumer and commercial loans, including small business loans and credit cards, making borrowing more costly for consumers. Mortgage rates also rise. When the yield curve steepens, banks can borrow at lower rates and lend at higher rates. When the curve is flatter their margins are squeezed, which may deter lending.