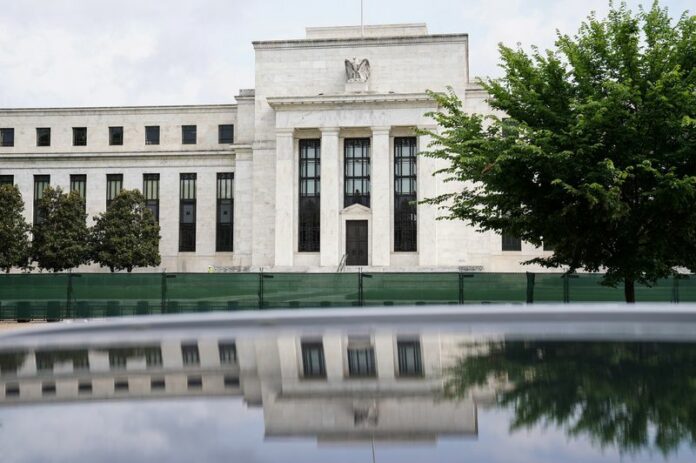 Investing.com — The Federal Reserve raised interest rates by three-quarters of a percentage point Wednesday for the fourth time in a row, and the central bank hinted at a higher bar for future monetary policy tightening, though pushed back against the idea of a pause.

In a sign that the Fed is growing wary of the impact that tighter financial conditions are having on the economy, the central bank said that the “committee will take into account the cumulative tightening of monetary policy, the lags with which monetary policy affects economic activity and inflation, and economic and financial developments,” in determining the future pace of rate hikes.

But Fed chairman Jerome Powell said Wednesday it was “very premature to be thinking about pausing.” The Fed chief added that the “ultimate level of interest rates will be higher than previously expected [in September].” This suggests that rates could be peak well above the 4.6% level seen in the Fed’s September projections.

Ahead of the Fed meeting, many were betting that the Fed may not need to reach the upper end of the rate projections as there’ll likely be evidence of a slowing economy in the coming months, reviving the focus on a possible recession.

“It could be the final hike of the year, or there might be 25bps hike in December, because by the end of the year, I think there’ll be enough of a sign of a real slowdown that they don’t need to do it and the risk will be even more two sided than it is now,” Chief Strategist at Spouting Rock Asset Management Rhys Williams told Investing.com’s Yasin Ebrahim in an interview on Tuesday.

The Fed has, however, highlighted that the pace of hikes would be data dependent. But the latest data continue to point to a robust labor market, and inflation that remains sticky.

Powell did, however, offer a semblance of hope that a slower pace of rate hikes could be on the horizon in the near future, saying that discussion could “come as soon as the next meeting or the one after,” though stressed “that no decision has been made.”

Stocks fell sharply after a brief spell in positive territory as investors reassessed their bets on a less hawkish Fed.