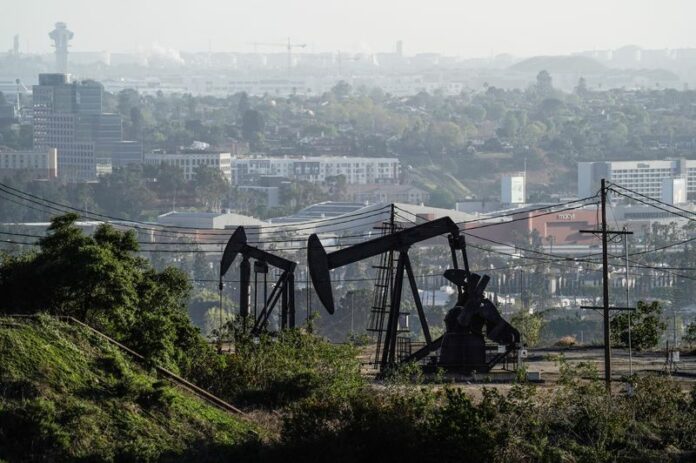 SINGAPORE (Reuters) -Oil slipped on Thursday as a U.S. interest rate hike pushed up the dollar and increased fears of a global recession that would crimp fuel demand, although losses were capped by concerns over tight supply.

Both benchmarks settled up more than $1 on Wednesday, aided by another drop in U.S. oil inventories, even as the Fed boosted interest rates by 75 basis points and Chair Jerome Powell said it was premature to think about pausing rate increases. [EIA/S]

A strong dollar reduces demand for oil by making the fuel more expensive for buyers using other currencies.

“With the Fed confirming a higher peak in rates, a darkened global economic outlook could continue to pressure the oil futures markets,” Teng added.

Stephen Innes, managing partner of SPI Asset Management, said that it was surprising oil had proved so resilient after the move by the Federal Reserve, but he noted there were a couple of fundamental factors putting a floor under prices.

The European Union’s embargo on Russian oil for its invasion of Ukraine is set to start on Dec. 5 and will be followed by a halt on oil product imports in February.

Also likely to keep supply tight in coming months, producers from the Organization of the Petroleum Exporting Countries (OPEC) may struggle to hit previously set output quotas, ANZ analysts said in a note.

OPEC production fell in October for the first time since June. OPEC and its allies, including Russia, also decided to cut their targeted output by 2 million barrels per day (bpd) from November.

The market is also expecting demand from China to pick up with hopes that Beijing will ease off on its zero-COVID policies. Chinese policymakers pledged on Wednesday that growth was still a priority and they would press on with reforms.

Any indication of a reopening in China following COVID-19 restrictions could be a “monster pivot”, said Innes.