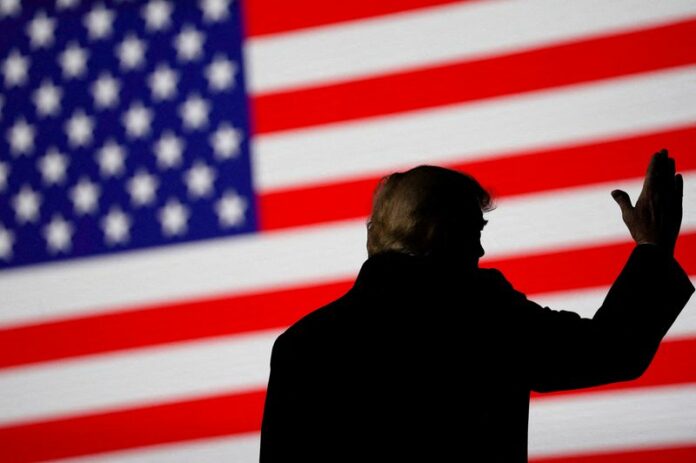 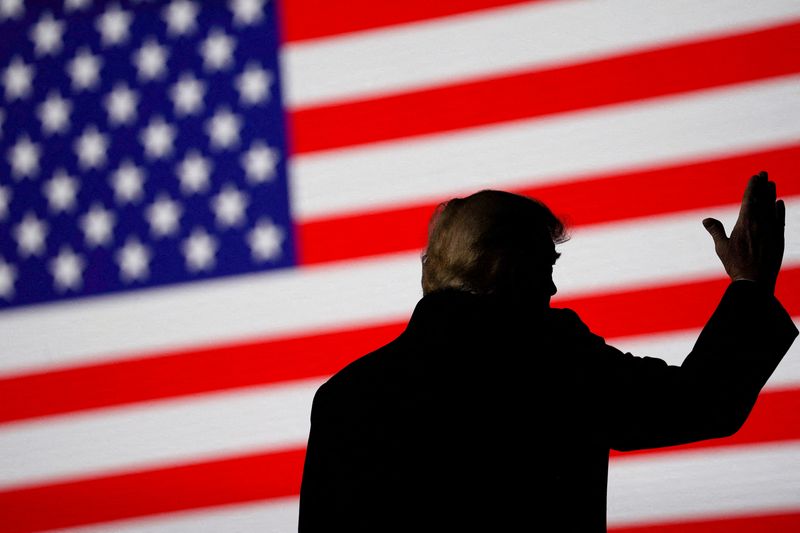 By Karen Freifeld and Jonathan Stempel

NEW YORK (Reuters) -The criminal tax fraud trial of the Trump Organization went on hold on Tuesday after the company’s controller, Jeffrey McConney, who had been testifying as a prosecution witness, tested positive for COVID-19.

McConney had been coughing during his testimony earlier in the day and on Monday after he took the stand as the first witness in the trial. He tested positive after complaining of illness during Tuesday’s lunch break.

Justice Juan Merchan, who oversees the case in Manhattan Supreme Court, said the trial could resume on Nov. 7 if the 67-year-old McConney felt better. He said court protocol called for McConney to isolate for six days.

McConney’s testimony could bolster prosecutors’ argument that the former president’s company improperly paid Weisselberg off-the-books benefits to keep him happy by reducing his tax bill, and save money itself.

The Trump Organization, which operates hotels, golf courses and other real estate around the world, was charged in 2021 by the Manhattan district attorney’s office with awarding executive perks over 15 years without reporting the additional income to tax authorities, and falsely reporting bonuses as non-employee compensation.

If convicted, the company could face $1.6 million in fines. A conviction could also complicate its ability to do business.

The case is one of several legal matters faced by Donald Trump, as the Republican former president, 76, weighs another White House run in 2024 after losing to Democrat Joe Biden in 2020.

Trump has not been charged, while two Trump Organization units have pleaded not guilty.

Weisselberg pleaded guilty and agreed to testify for the prosecution, which viewed him as a prime beneficiary of the tax scheme.

The plea agreement calls for Weisselberg to serve five months in jail. He remains on the Trump Organization’s payroll, but stepped down as CFO after being charged.

TRUMP WAS ‘THE BOSS’

McConney’s illness was disclosed outside the jury’s presence by prosecutor Joshua Steinglass, who told Merchan that the district attorney’s office had arranged for a COVID-19 test.

McConney has worked for the Trump Organization since 1987, and received immunity after testifying to a grand jury.

Before being sidelined, McConney testified that Weisselberg’s $540,000 annual salary and $400,000 annual bonus did not change for a decade, but that he was awarded perks including rent and private school tuition payments.

McConney said that before becoming president, Trump would decide how much Weisselberg would be paid each year.

McConney was shown a 2005 lease that Trump signed for a $6,500-a-month Manhattan apartment for Weisselberg and his wife.

McConney said Trump personally signed more than $315,000 in checks for private school tuition for Weisselberg’s grandchildren, and Weisselberg received more than $29,000 in cash to disperse as Christmas gifts.

The controller also said other Trump entities, including a golf club and his Mar-a-Lago club in Florida, paid bonuses to some Trump Organization employees that would make them appear to be independent contractors instead of employees.

It was not until 2017 or 2018, by which time Trump’s sons Donald Jr and Eric had taken the helm, that the company changed its practices after a memo from its tax lawyer, McConney said.

McConney remains on the Trump Organization’s payroll, and prosecutors view him as a hostile witness.