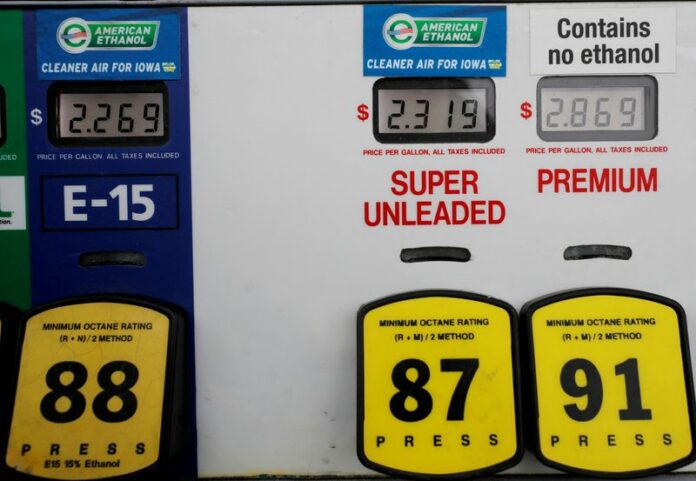 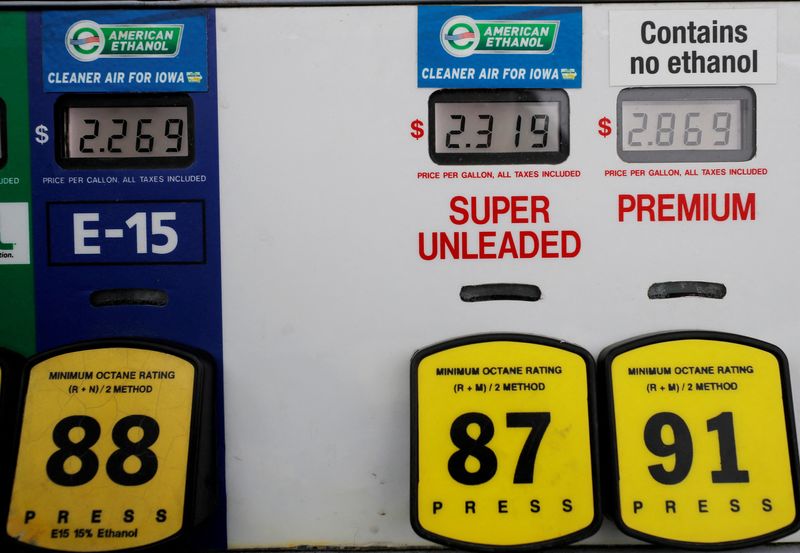 By Stephanie Kelly and Jarrett Renshaw

NEW YORK (Reuters) – The U.S. Environmental Protection Agency plans to seek public comment on whether to allow year-round sales of higher ethanol gasoline blends in Midwest states, based on a request from state governors that they say would ease pump prices and help farmers, according to three sources familiar with the discussions.

The move to expand sales of E15 would be a win for the ethanol industry, which wants to increase sales of the corn-based fuel and which argues the product would reduce gasoline prices by expanding the volume of available supply.

However, critics of the idea – including those in the refining industry – have voiced concerns that a piecemeal approach to growing E15 sales could introduce logistical distribution challenges.

The EPA could start seeking comment as soon as this month, said the sources.

The refining industry has traditionally balked at efforts to expand the ethanol market because it competes for space in the fuel tank and can be costly to blend.

The EPA did not respond to requests for comment.

The EPA enforces a summertime ban on E15 over concerns it contributes to smog in hot weather, though research has since shown the 15% blend may not increase smog relative to the more common E10 sold year-round. E10 contains 10% ethanol.

In April, governors from major corn-producing Midwestern states including Iowa, Nebraska and Illinois requested that the EPA effectively lift the ban in their states. EPA head Michael Regan said in September the agency intends to act on the request before next summer.

Critics say allowing a different fuel grade in a region that is serviced by a select amount of pipelines can create shipping challenges.

The biofuel industry has faced legal hurdles in expanding U.S. E15 sales in the past.

A federal appeals court last year struck down an effort by former President Donald Trump’s administration to allow year-round E15 sales, arguing it did not have the authority, a decision that had been sparked by a challenge from the refining industry