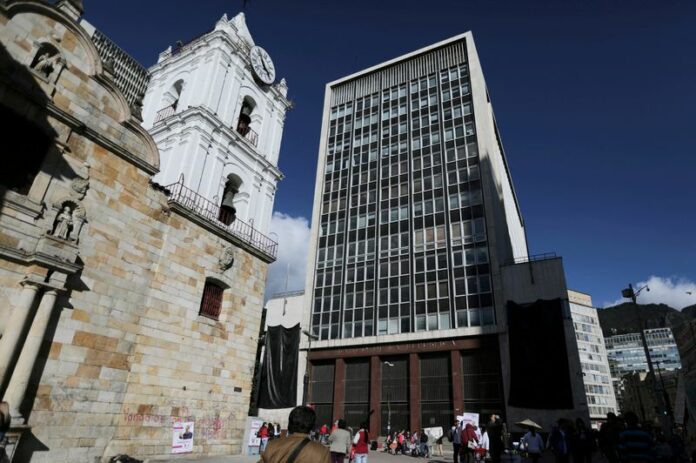 BOGOTA (Reuters) – The technical team of Colombia’s central bank on Wednesday predicted rate rises will continue beyond what the market expects, citing higher inflationary pressures, excess demand and depreciation of the peso currency.

The bank’s seven-member board raised borrowing costs by 100 basis points to 11% last week, their highest level since July 2001.

Analysts in a Reuters poll prior to the latest board vote predicted policymakers will make a final 50 basis point increase to the rate in December.

The board will not make a rate decision in November.

Colombia’s economy is suffering inflation stoked by high domestic consumption and global supply chain issues, as well as a peso depreciation of over 25% this year so far.

“They are risks that are materializing and mean larger inflationary pressures which require a stronger monetary policy answer than had been previously anticipated,” technical team head Hernando Vargas said during a presentation on the entity’s quarterly monetary policy report.

Exclusive: China to allow home quarantine for some infected with COVID – sources

Exclusive: China to allow home quarantine for some infected with COVID – sources