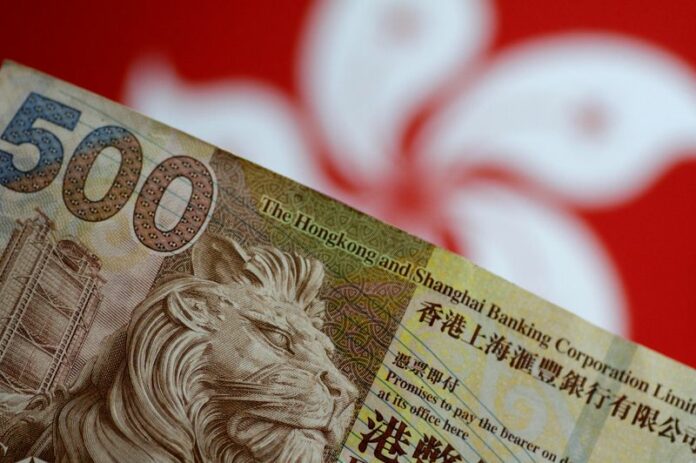 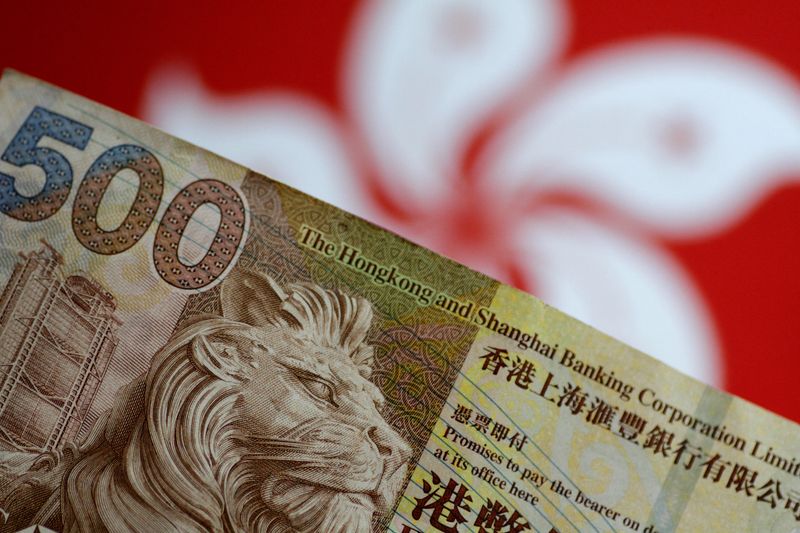 Below are some details on the complex policy framework and recent developments surrounding the tight liquidity:

WHY IS HONG KONG ON INVESTORS’ RADAR?

Hong Kong’s aggregate balance, a gauge of cash levels in the banking system, has been declining rapidly since May and is about to drop below HK$100 billion ($12.74 billion) for the first time in two years.

The decline in the aggregate balance has come alongside a drop in the Hong Kong dollar to the weak end of its trading band, driven by aggressive U.S. monetary tightening, capital outflows and intervention by the defacto central bank – the Hong Kong Monetary Authority (HKMA).

That has tightened cash in the economy and driven the one-month Hong Kong Interbank Offer Rate (HIBOR) to a 14-year high.

WHY ARE CASH CONDITIONS SO TIGHT?

There has also been an outflow of foreign investment from Hong Kong equities, funds and bonds. Their combined balance in Hong Kong’s international investment position, which is the external balance sheet, dropped by 3% to HK$3.99 trillion as of June compared with the end of 2021, official data shows.

Hong Kong dollar interbank liquidity has tightened accordingly. The aggregate balance, a key measure of the interbank cash balance, has also been depleted by 40 rounds of currency intervention by the HKMA this year.

Under Hong Kong’s Linked Exchange Rate System, the Hong Kong dollar is pegged in a tight band between 7.75 and 7.85 to the U.S. dollar, and the HKMA is committed to intervene to maintain the band.

As outflows from Hong Kong picked up, the HKMA has been forced to buy the local dollar and sell U.S. dollars to prevent it from weakening past 7.85.

The overnight Hibor, which reflects financial institutions’ demand for cash, spiked to 3.028% on Oct 31, the highest in nearly three years. Hibor is influenced mainly by capital flows in and out of Hong Kong, as the HKMA does not set interest rates.

IS THE FALL IN BANKING SYSTEM LIQUIDITY A CAUSE FOR CONCERN?

While foreign exchange reserves are down $33 bln since May, they remain ample at $419.2 billion. Also, with fiscal buffers in the form of exchange bills, the HKMA can fend off any notion of pressure on the currency peg.

But home owners with mortgages will face larger interest payments as Hibor, which is the benchmark that banks use, rises. The HKMA said cases of negative equity in Hong Kong’s residential mortgage loans registered a near ninefold increase in the third quarter from the prior quarter.

HOW FAR WILL HKMA LET THE AGGREGATE BALANCE FALL?

The impact on the HK dollar peg had been muted, the HKMA said.

Even if the aggregate balance were to drop to zero, the Linked Exchange Rate System will not be affected as HKMA can mobilise its foreign exchange reserves to support the peg.