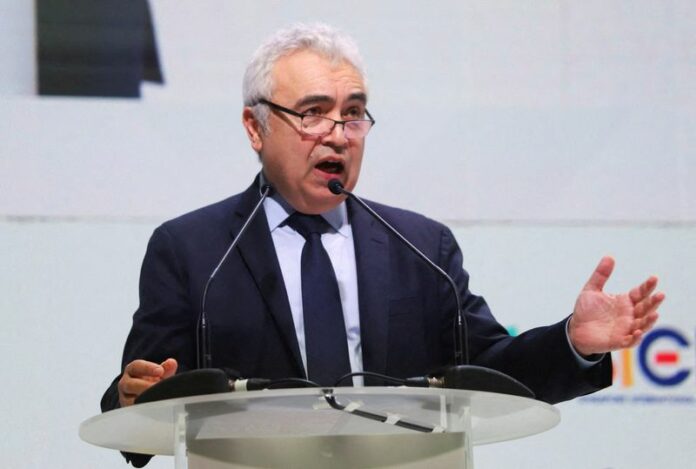 OSLO (Reuters) -Europe needs to act now to avoid a natural gas shortage next year given the loss of Russian supply and expectations Chinese demand will increase, the International Energy Agency (IEA) said on Thursday.

The European Union has succeeded in filling storages to 95% ahead of this winter, 5% or 5 bcm above their 5-year average, but the IEA said the challenge next year was likely to be greater and there was a danger mild weather had led to a sense of complacency.

“We are ringing the alarm bells for the European government and for the European Commission for next year,” IEA head Fatih Birol told journalists when presenting a report on Europe’s supply-demand balance for 2023/24.

The report found that Europe could face a gap of as much as 30 billion cubic metres (bcm) of natural gas during the summer period of lower demand that is crucial for refilling its gas storage sites in 2023.

Such a gap could see storages only 65% full ahead of next winter, instead of a targeted 95% level, Birol said.

Governments needed to speed up improvements in energy efficiency and accelerate the deployment of renewable energy and heat pumps, among other measures, Birol said.

Supply, already disrupted, could fall further next year if Russian pipeline gas flows stop completely, while competition for liquefied natural gas (LNG), on which Europe has relied heavily this year, is likely to increase as Chinese demand grows, the agency said.

While demand from China could take up 85% of an expected 20 bcm increase in global LNG supply in 2023, Europe will almost certainly have far less Russian gas than this year.

In 2022, Russian pipe gas supplies to Europe were 60 bcm for the first 10 months despite a drop in flows due to the war in Ukaine.

“In 2023, they will in all probability drop to less than half that amount – and could cease completely,” the IEA said.