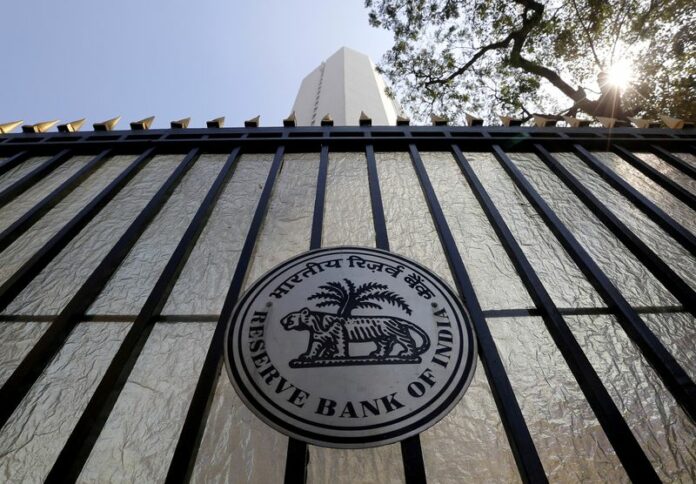 © Reuters. FILE PHOTO: The Reserve Bank of India (RBI) seal is pictured on a gate outside the RBI headquarters in Mumbai, India, February 2, 2016. REUTERS/Danish Siddiqui

MUMBAI (Reuters) – The Reserve Bank of India’s monetary policy committee met on Thursday to discuss the bank’s report to the government for having failed to meet its inflation targets for three straight quarters for the first time since it was set up in 2016.

“A separate meeting of the Monetary Policy Committee (MPC) was held on November 3, 2022 to discuss and draft the report to be sent to the Government by the Reserve Bank of India (RBI),” the RBI said in its short release following the meeting.

All six members of the MPC attended the meeting, the release added.

India’s central bank will not immediately release details of the report to the government, Governor Shaktikanta Das said in a speech on Wednesday.

“It’s a report sent under a law, I don’t have the privilege, the authority or the luxury to release a letter like this,” Das said.

The committee is mandated to keep inflation within 2 percentage points on either side of its 4% target and a miss for three quarters requires it to provide an explanation to the government along with the recourse it plans to adopt.

Retail inflation has remained above 6% since January and accelerated in September to a five-month high of 7.41% year-on-year as food prices surged.