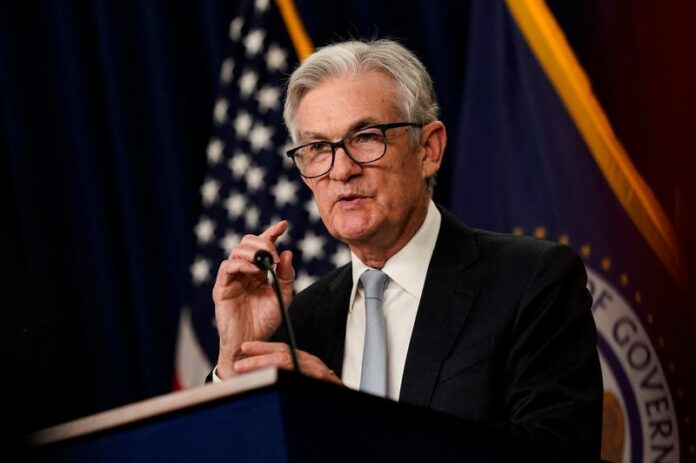 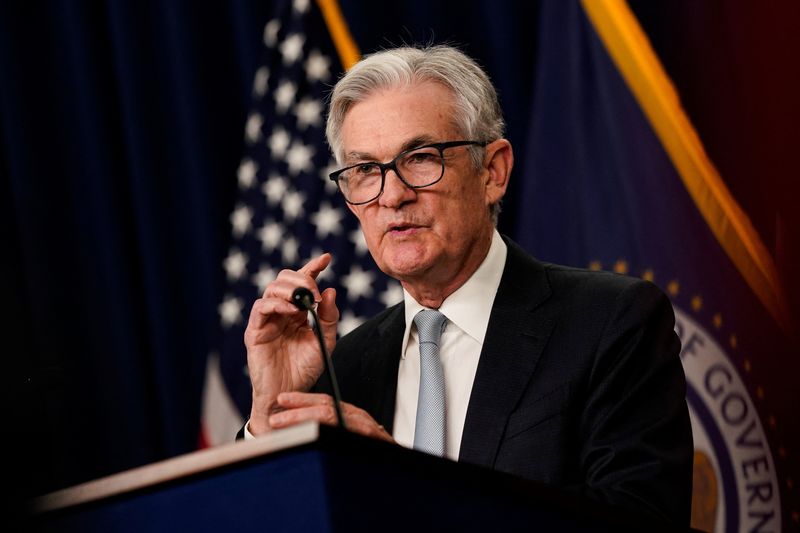 © Reuters. Federal Reserve Board Chairman Jerome Powell speaks during a news conference after Powell announced the Fed raised interest rates by three-quarters of a percentage point as part of their continuing efforts to combat inflation, following the Federal Open M

“The public’s trust is really the Fed’s, and any central bank’s, most important asset,” Powell said at a news conference after the end of the central bank’s latest policy meeting. Citing the new ethics standards imposed on policymakers earlier this year, Powell said “anytime one of us, one of the policymakers, violates or falls short of those rules, we do risk undermining that trust.”

Powell spoke in the wake of the latest developments in a controversy that’s dogged the Fed for little over a year now.

In September 2021, financial disclosures showed active trading by the Dallas and Boston Fed presidents, leading both men to retire early later that month after Powell failed to express confidence in their leadership. Fed second-in-command Richard Clarida resigned early this year amid questions about his own trading.

Announced last year and implemented this year, the Fed imposed a new ethics code that highly limited what officials, senior staff and their families can invest in and when they can move money.

But even with those new standards, Atlanta Fed President Raphael Bostic said last month that he had accidentally violated the ethics code officials were operating under before the new rules came into force, which banned ownership of bank stocks and prohibited trading around monetary policy meetings and periods of market stress. Bostic then restated his disclosures and the Fed asked its in-house Inspector General (IG) watchdog to look into the matter.

The Fed got another black eye from a New York Times report in October that found that St. Louis Fed President James Bullard spoke last month behind closed doors to a banking group, skirting rules that caution central bank officials from doing exactly that. The St. Louis Fed said it heard the criticism and would weigh changes for future appearances.

In his news conference on Wednesday, Powell said that Bostic’s challenges were uncovered as part of the regional Fed leader’s efforts to make sure his personal financial situation was meeting the requirements of the new ethics code. Powell did not comment directly on Bullard’s appearance before the bankers’ group.

The Fed chief said officials had a discussion at the start of this week’s two-day policy meeting on “the importance of holding ourselves individually and collectively accountable for knowing and following the high standard that’s set out in our existing rules with respect to both personal investment activities and external communications.”

“We do understand how important those issues are,” Powell said and added “we recommitted to each other, to this institution, to hold ourselves to the highest standards and avoid these problems.”

What happens next on the ethics front is unclear. While Clarida and Powell were both cleared by the IG of deliberately violating central bank financial rules – Powell also had some accidental investment changes during prohibited periods – a separate report looking into what happened at the regional banks has not yet been released.

A spokesperson for the watchdog recently declined to say when that report might be released.

The report is highly anticipated in large part because Robert Kaplan, a former top leader at Goldman Sachs (NYSE:GS), had bought and sold, to the tune of many millions of dollars, a wide range of stocks and other investments. Kaplan did not reveal in his existing disclosures the full scope of that trading and had spurned requests to do so.