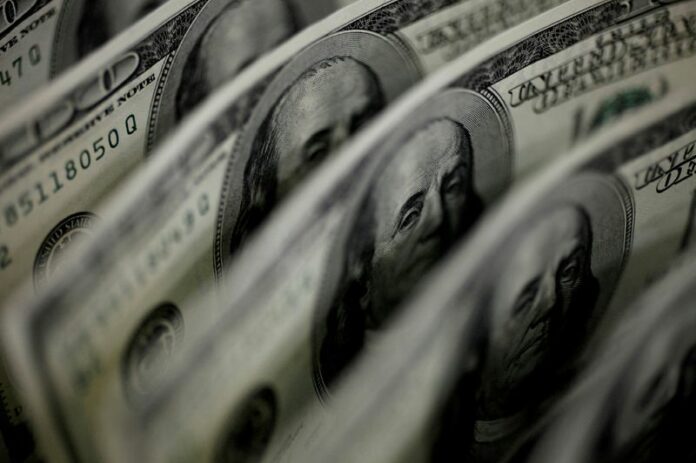 NEW YORK (Reuters) – U.S. Treasury yields rose in choppy trading on Monday after a highly-volatile week, as bond investors turned their focus to the all-important inflation data and the U.S. midterm elections on Tuesday that will determine control of Congress.

The past week saw market gyrations amid another big Federal Reserve interest rate increase and a strong U.S. jobs report for October that ensured the Fed will be in no rush to pivot away from its aggressive tightening of monetary policy.

In a press briefing last week, Fed Chair Jerome Powell cautioned against prematurely discussing a pause in hiking rates in the face of persistently high inflation.

Ellis Phifer, managing director, fixed income research at Raymond James in Memphis, Tennessee, said Monday’s sell-off in Treasuries was probably due to “a combination of the overhang from the Chairman’s testimony and looking ahead, just nervousness about CPI.”

The U.S. consumer price index data for October is due for release on Thursday, with investors awaiting the report for further clues on when the Fed could slow the pace of rate hikes. Wall Street economists expect a deceleration in both the monthly and yearly core consumer price index to 0.5% and 6.5%, respectively, according to a Reuters poll.

“Even though we see greater downside risks in October, we think it would be due to one-off factors that would likely reverse in the coming months,” PIMCO economists Tiffany Wilding and Allison Boxer wrote in a research note.

Republicans have gained momentum in polls and betting markets, with analysts forecasting a split government in which Republicans win control of the House of Representatives and possibly the Senate. That result would likely hamper Democratic President Joe Biden’s economic agenda.

A divided government could lead to gridlock over raising the federal debt limit, possibly reigniting worries about a U.S. default, analysts said, a scenario that may spur safety bids for Treasuries.

“A gridlock can be good for the bond market if you don’t have to worry about one party pushing through a lot of stimulus,” Raymond James’ Phifer said.

A closely-watched part of the U.S. Treasury yield curve measuring the gap between yields on two- and 10-year Treasury notes remained inverted at -51.9 basis points.

An inversion of this part of the curve typically foreshadows a U.S. recession.

The Treasury this week will auction $40 billion in U.S. three-year notes on Tuesday, $35 billion in 10-year notes on Wednesday, and $21 billion in 30-year bonds on Thursday. The $96 billion set of auctions will raise about $40.7 billion in new cash when they settle on Nov. 15, Jefferies wrote in a research note.