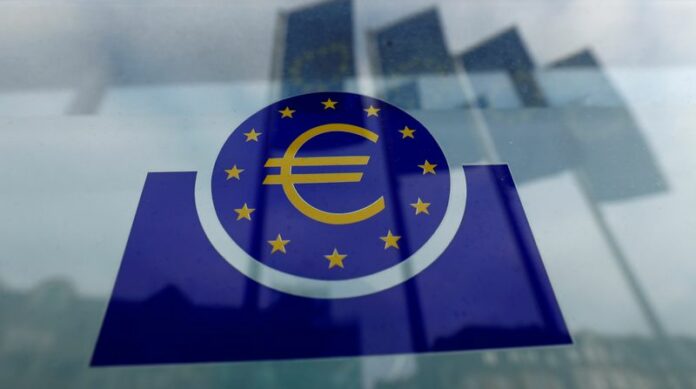 LONDON (Reuters) -Euro zone government bond yields rose on Tuesday as investor focus was squarely pinned on central banks’ fight against inflation, ahead of U.S. consumer price data that could cement expectations for the outlook for Federal Reserve policy.

European Central Bank policymaker Joachim Nagel on Tuesday told a German banking conference the central bank could not let up its fight against high inflation in the euro zone and that large rate hikes were necessary.

“I will…do my utmost to ensure that we, the Governing Council of the ECB, do not let up too early and that we continue to push ahead with monetary policy normalization – even if our measures dampen economic development,” Nagel said.

Yields on the German 10-year Bund, which serves as a benchmark for the wider region, were up 3 basis points on the day at 2.35%, while those on the interest-rate sensitive two-year Schatz were up 2 bps at 2.22%.

The ECB at its last meeting raised interest rates by three-quarters of a percentage point to 1.5% and since then, a number of top officials, including President Christine Lagarde, have reiterated the central bank’s commitment to tackling red-hot consumer price pressures.

In the euro zone as a whole, consumer inflation is running at a record-breaking 10%, but it is even more severe in some individual countries. Data on Tuesday showed consumer prices rose at a rate of 14.3% in the Netherlands in October, a touch lower than September’s 14.5%.

“The market I think is coming to understand that as much as you may have seen the peak in U.S. inflation and close to peak in European inflation, it’s very difficult to determine what the trajectory will be thereafter,” Standard Chartered (OTC:SCBFF) G10 rates strategist John Davies said.

Money markets show investors currently expect ECB rates to peak around 3% in late 2023, compared with 1.5% right now. This has moved up from closer to 2.8% just a week ago.

“We are close to the highs for ECB pricing that we saw at times in late September and into October, but haven’t burst to new highs. We’ve been up around this 3% mark before. Ultimately, we think that is going to prove too high – we don’t expect the ECB to follow though to that degree,” Davies said.

Meanwhile, a market-based gauge of medium-term inflation expectations for the euro zone rose to a six-month high.

The five-year five-year breakeven forward, which essentially reflects investors’ inflation expectations over a 10-year horizon, rose to 2.4%, its highest since May, up from 2.1% at the start of November.

Thursday’s U.S. data is expected to show the year-on-year rise in the consumer price index moderated to 8% in October, from September’s 8.2% rate, while the core rate, which excludes food and energy prices, is forecast to have risen to 6.5%, from 6.3% the previous month.

The Fed last week raised U.S. interest rates, which investors expect to stay higher for longer, especially as the labour market is still tight. This would mean more room for wages to increase as employers struggle to hire, which in turn can make inflation more persistent.

On the supply side, Germany, Belgium and Spain were due to auction short-term paper, with a mixture of bills and two-year notes, which could add some upward pressure on yields, analysts said. [D/DIARY]

“We think the combination of greater supply and still cautious investors means issuance will result in higher yields still. Ultimately, bond direction very much depends on whether data allows for the much hoped-for turn in central banks tightening intention, but we think risks are skewed upwards for yields this week,” ING strategists said in a note.