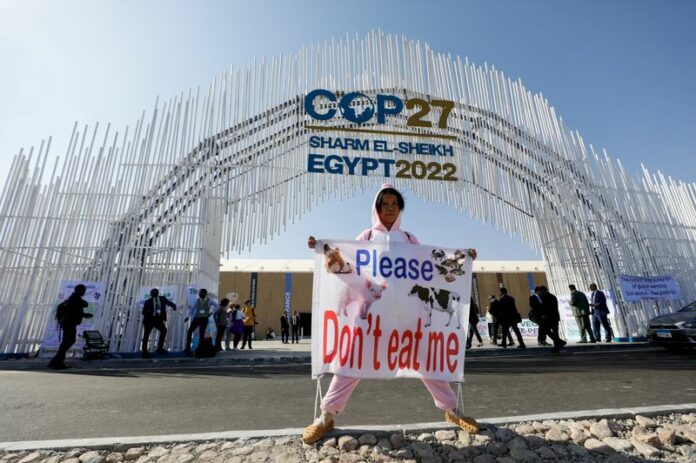 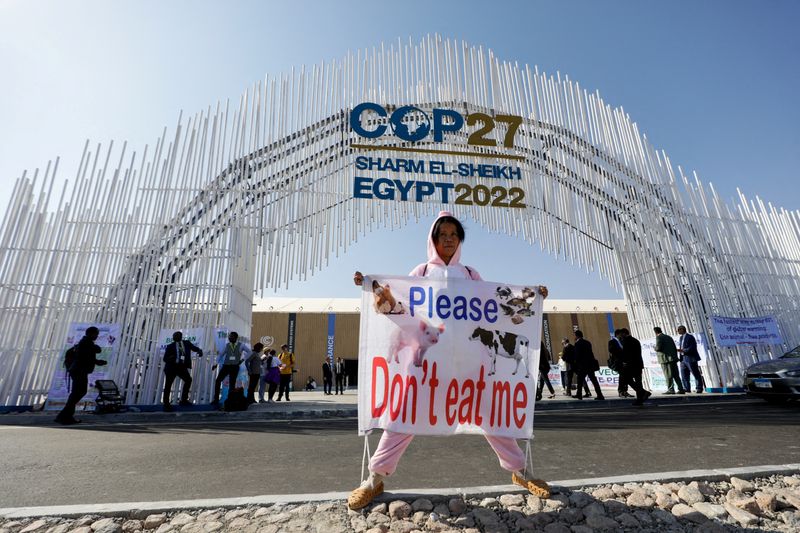 (Reuters) – The U.N. climate conference taking place in Egypt until Nov. 18 has much to discuss, from financing the transition to clean energy to protecting the world’s forests and future-proofing cities.

Here are some of the most-watched topics on the agenda in the sun-baked resort of Sharm el-Sheikh, where forecasters have warned of a possible sixth failed rainy season.

The backsliding by major economies on their promises to shift from fossil fuels has led some nations, especially in Africa, to call for a formal recognition that they should be allowed to develop their fossil fuel reserves.

The United Arab Emirates, a member of the Organization of the Petroleum Exporting Countries and host of next year’s COP28 talks, has said it will be “a responsible supplier” of oil and gas for as long as the world needs.

PAYING UP FOR THE DAMAGE

As host of COP27, Egypt has made the issue of “loss and damage,” or compensation for losses from climate-related disasters, a focus.

Following a breakthrough at the weekend as this year’s summit began, the issue for the first time is part of the U.N. talks’ formal agenda.

Wealthy countries have resisted creating a funding mechanism that could suggest liability for historic climate damages, but developing countries are united in demanding that a Loss and Damage fund be established.

The United States and the European Union have shown more openness to having a serious discussion, but remain wary of creating a fund, especially as they face domestic pressure to deal with economic weakness and a cost of living crisis caused by high energy prices.

ADAPTING TO A WARMER WORLD

High-income countries have yet to meet their pledge to deliver $100 billion a year in climate finance. Only $80 billion per year was delivered in 2019. Nevertheless, the talks will address boosting that annual goal upward from $100 billion from 2025.

To date, about a quarter of that financing has gone to projects for adapting communities for a warmer world.

Low-income and climate-vulnerable countries want to ensure that the share spent on adaptation is doubled by 2025 – a pledge made at last year’s U.N. climate talks in Glasgow, Scotland.

That’s still shy of what experts say is needed: a report by the U.N. Trade and Development office estimates adaptation costs in developing countries will total $300 billion in 2030.

High-level voices have called for an overhaul of international financial institutions. At the annual World Bank meetings last month, the United States and Germany called for “a fundamental reform” of the bank to respond to challenges including climate change on a global scale, rather than country by country.

Some reformers are asking for more grants and concessional loans that would prevent lower- and middle-income countries from having to pay high interest rates.

U.S. Special Envoy John Kerry said in a speech last month that reforms would be crucial to “address the crisis of this moment,” and that there were proposals that could “unlock several hundred billion dollars in additional MDB [multinational development bank] lending capacity without requiring new shareholder capital” and without risking credit rating downgrades.

At COP26, countries promised to “revisit and strengthen” their national climate plans, called Nationally Determined Contributions, or NDCs, by the end of this year to ensure they are aligned with the Paris Agreement goal of preventing warming beyond 1.5 degrees Celsius above pre-industrial temperatures.

But last month’s U.N. “synthesis report” on NDCs submitted this year show that only 24 countries out of 194 have updated their plans.

There may be some new momentum in Egypt. Australia’s new government strengthened its pledge to cut emissions 43% by 2030, a significant improvement from its 2015 target of 26-28% below 2005 levels by 2030. Chile, Mexico, Turkey and Vietnam are also expected to announce new plans.