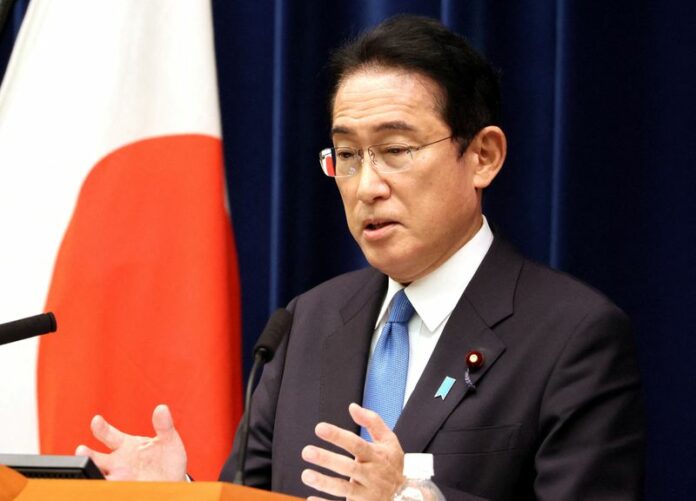 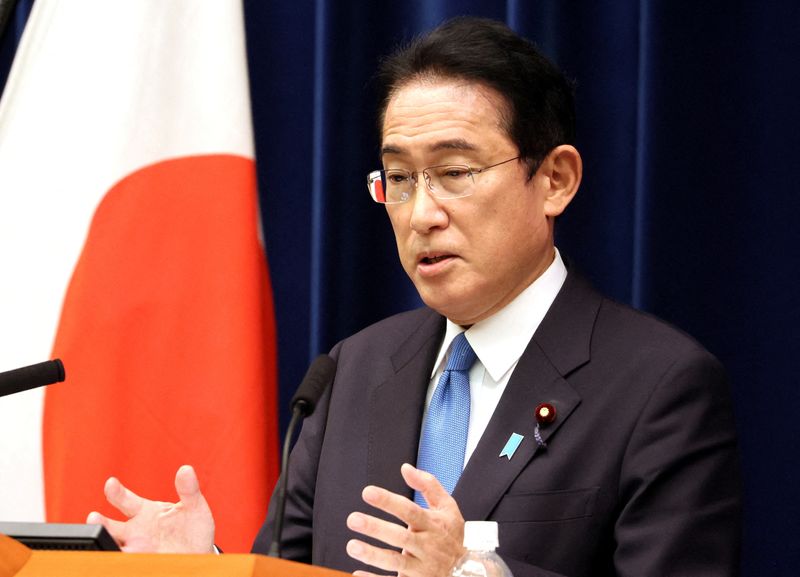 TOKYO (Reuters) -Japanese Prime Minister Fumio Kishida’s cabinet approved on Tuesday a second extra budget spending of 29.1 trillion yen ($198.54 billion) for an economic stimulus package this fiscal year, much of which will be funded by additional new debt.

The latest stimulus spending underscored the struggle Kishida’s government faces in achieving economic growth alongside fiscal reform, leaving Japan as an outlier in a global trend towards dialling back crisis-mode stimulus policy.

“There’s no doubt our response is making the fiscal situation more severe. While exiting exceptional response to coronavirus in a shift towards normalisation, we must conduct responsible economic and fiscal management,” Finance Minister Shunichi Suzuki told reporters after the extra budget was approved.

“We cannot afford to continue such large fiscal spending. We must also be mindful of risk of national wealth outflow through trade deficit,” he said.

The Ministry of Finance (MOF) said an additional 22.8 trillion yen of new debt would be issued to help cover the latest supplementary budget, resulting in total planned new borrowing of 62.5 trillion yen this fiscal year.

The extra budget featured steps to help households cope with surging costs of electricity, gas and gasoline. It also aimed to help various regions take advantage of the weak yen to lure tourists.

It also set aside money for an emergency budget reserve.

The government will quickly prepare to present the extra budget to parliament for approval, Suzuki said.

The government has revised up its estimated tax revenues by 3.1 trillion yen to a record 68.4 trillion yen. Unspent funds from the previous year would help bridge some of the budget gap.

While Japan has opted to inject stimulus, most other major economies are pursuing anti-inflationary policies.

The latest measures bring the total budgeted spending for this fiscal year to more than 139.2 trillion yen.

Several rounds of heavy fiscal stimulus to cope with the impact of COVID on the economy resulted in the government spending around 1.4 times the size of its initial estimates for each of the past three years.

As a result, Japan’s outstanding government debt has topped 1,250 trillion yen as of the end of June.

Diversification or Concentration: Which Is Better for Your Portfolio in 2023?