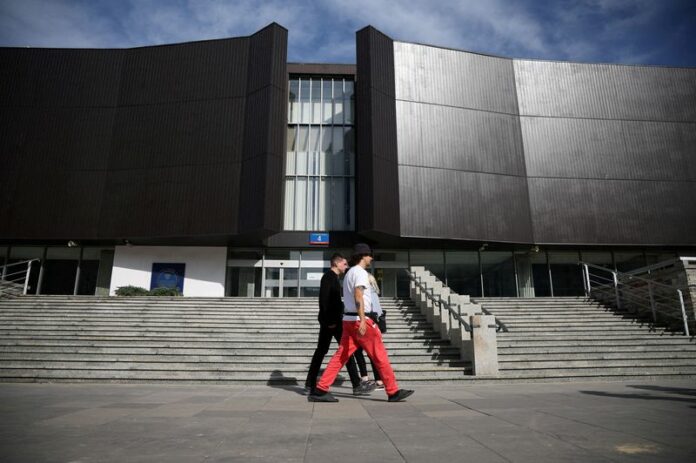 WARSAW (Reuters) – Poland’s central bank is expected to raise its main interest rate by 25 basis points to 7.00% on Wednesday, a Reuters poll showed, as analysts bet that forecasts of rising inflation will outweigh fears over slowing growth.

The National bank of Poland (NBP) surprised markets in October by leaving its main rate on hold at 6.75%, but Governor Adam Glapinski said the decision did not mark the end of the tightening cycle and that further decisions would depend on data.

Rate-setters will see the NBP’s latest economic forecasts at their meeting on Wednesday.

“We still have growth in inflation, it is not slowing down… there are broad price pressures and that is the main argument (for raising rates),” said Jakub Szczepaniec, an economist at Alior Bank, which is forecasting a 25-basis-point hike.

Inflation in Poland was 17.9% in October, according to a flash estimate from the statistics office.

Szczepaniec also pointed to the weak zloty currency and policy tightening by major central banks as factors making an increase in rates likely.

Of 21 analysts polled by Reuters, 11 expected the main rate to rise by 25 basis points. Eight expected no change and two expected a fifty-basis-point hike.

Those expecting rates to stay on hold point to the risks of a dramatic slowdown in growth next year, fears that were fuelled by an interview with NBP Deputy Head Marta Kightley, who said that the bank’s November projections for growth would be lower than in the last set of forecasts.

“It’s a very close call,” said Marta Petka-Zagajewska, Head of Macro Research Team at PKO Bank Polski. “However, taking into account the recent comments …pointing at a high probability of a significant downward revision in GDP growth we assume that the MPC will be hesitant to continue with tightening.”