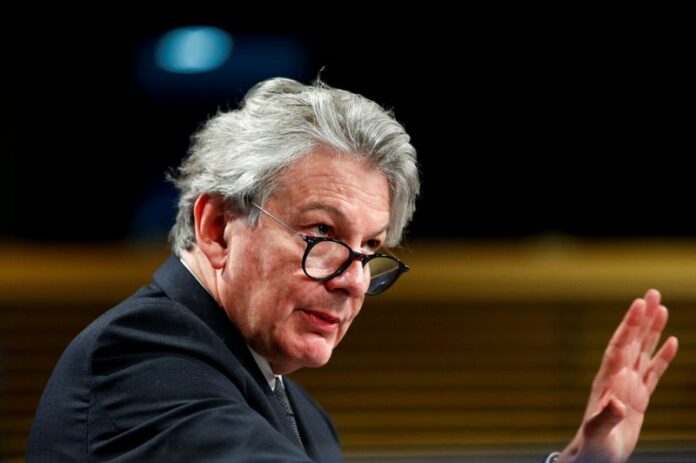 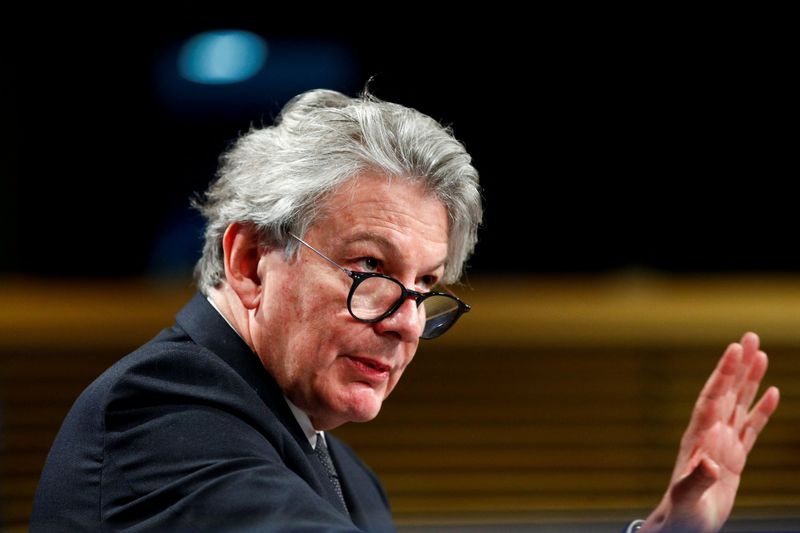 AMSTERDAM (Reuters) – New EU budget rules should take into account the need to invest in climate policies and defence when setting the pace for debt reduction, Internal Market Commissioner Thierry Breton said in an interview with Dutch financial daily FD published on Tuesday.

Countries that invest more than others in reducing CO2 emissions or in strengthening their armies should get more time to bring government debt back towards the desired level of 60% of gross domestic product (GDP), Breton said.

This should create a “fairer” picture of the state of government finances, Breton said, with less finger pointing by countries with lower debt ratios.

“There are no bad guys and good guys in the EU,” Breton said.

“If EU countries had committed to the NATO rule of spending 2% of GDP on defence, we would have seen 1300 billion euros in extra spending on this in the past 20 years, which would have been helpful given the war in Ukraine,” he said.

“54% of the lack in investment comes from Germany, the Netherlands, Austria, Sweden and Denmark,” he said addressing countries traditionally in the frugal camp on fiscal policy, which often criticise higher spending in the south of Europe.

Breton’s remarks came a day before the Commission is to unveil its proposals on how to reform the EU’s fiscal and debt rules which have become too complex and unrealistic following of the surge in public debt after the COVID-19 pandemic.