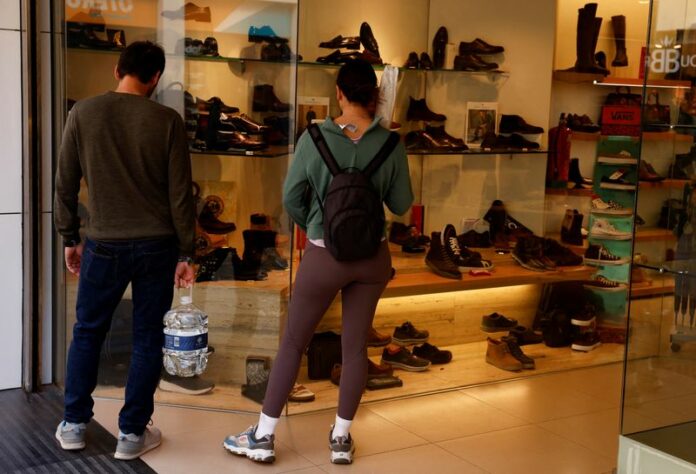 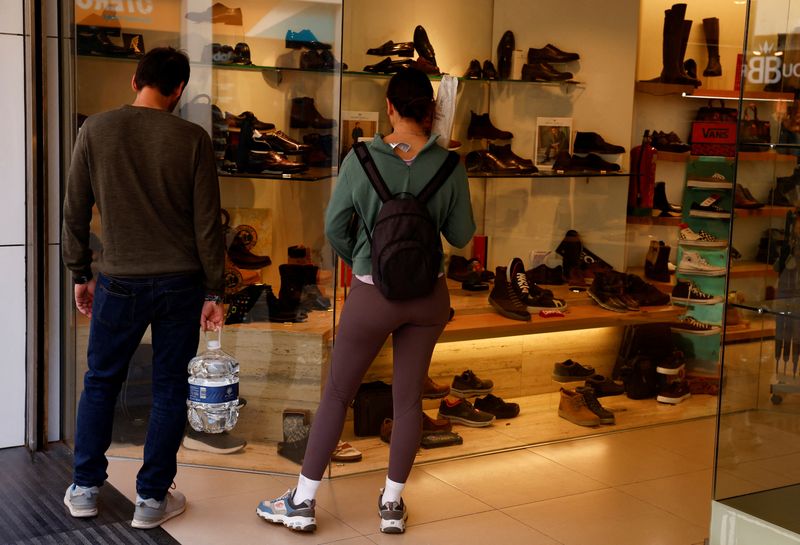 © Reuters. FILE PHOTO: A couple carries a bottle of water and a loaf of bread as they watch the display of a shoe shop in Ronda, Spain, October 13, 2022. REUTERS/Jon Nazca/File Photo

MADRID (Reuters) – Clothing sales in Spain grew at this year’s slowest year-on-year pace in October and fell from the month before due to rising costs of living, the retailers association said, expecting little let-up in the holiday season.

Sales increased 4.2% last month from October 2021, well below September’s 7.9% growth, association Acotex said in a report released on Tuesday. While it only provided the year-on-year percentage change, it added that “certainly, sales are declining month to month”.

It also said shop traffic was “much lower” last month in Spain – the home of brands such as Mango and Inditex-owned Zara – than in September.

European fashion retailers are facing several headwinds that are slowing their clothing sales, including inflation and higher interest rates, according to industry representatives.

“The situation is worrying, because people are looking for discounts, but retailers are seeing a general increase in their costs and are having to raise prices,” Acotex chief Eduardo Zamacola told Reuters.

Retailers were only likely to offer slight discounts during Nov. 25 Black Friday promotions, the association said, as they do not have the margin for aggressive discounts due to the rising costs of electricity, raw materials and transport.