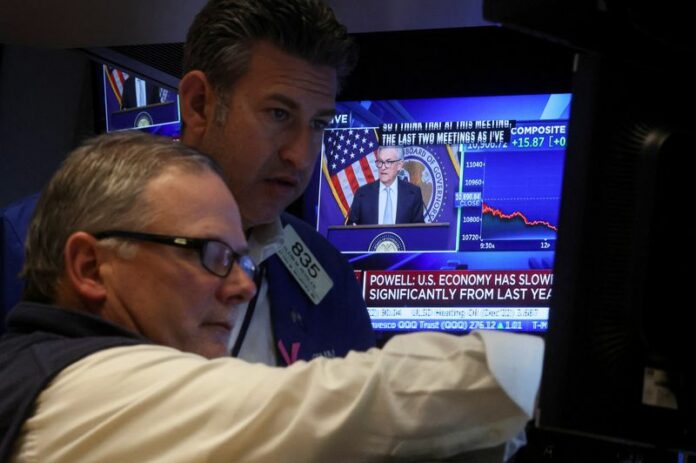 Take Five: No time to COP out 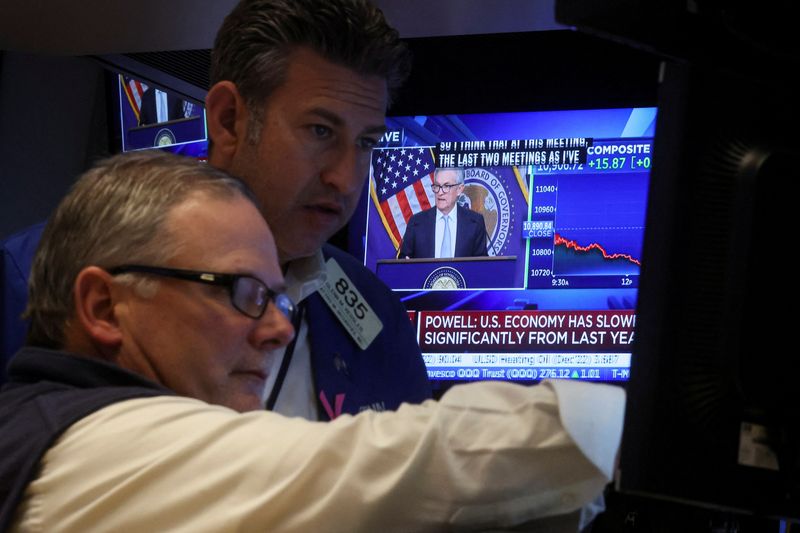 LONDON (Reuters) – Politics are back on top of financial markets’ agenda with U.S. midterm elections and COP27 getting underway, while U.S. inflation data will provide fresh clues on how elusive that pivot from the Federal Reserve and other central banks might be.

Meanwhile, China will release a deluge of data as markets try to read the runes on how Beijing might shape its COVID policy in future.

Here’s a look at the week ahead in markets from Tom Westbrook in Singapore, Ira Iosebashvili in New York, and Dhara Ranasinghe and Simon Jessop in London.

Don’t forget the politics as the U.S. gears up for midterm elections on Nov. 8 where control of Congress and President Joe Biden’s agenda for the two years remaining in his term are at stake.

U.S. stocks have performed better in periods of divided government, a result that seems increasingly likely with Republicans favoured to wrest control of the House of Representatives, and possibly the Senate.

Average annual S&P 500 returns have been 14% in a split Congress and 13% in a Republican-held Congress under a Democratic president, compared with 10% when Democrats controlled both presidency and Congress.

Midterms have also historically ushered in a long period of gains in U.S. stocks – a development many would cheer after the past year’s tumble in the S&P 500.

On Thursday, it’s time for U.S. inflation numbers – a data set that’s proven to be an important turning point for markets this year as consumer prices surged to decades high peaks.

Investors will once again be looking for signs that price pressures are slowing after a barrage of rate hikes. Yet the world’s foremost central bank just said the ultimate benchmark policy rate level will likely be higher than previously estimated to tame inflation, underlining the threat that rising prices pose to the economy.

A stronger-than-expected reading will likely weigh on stocks and bonds, potentially ramping up expectations that policymakers will need to get even more hawkish. A Reuters poll showed analysts expecting inflation to rise by 0.7% month-on-month.

After over 2,300 basis points worth of rate hikes in the current tightening cycle from ten big developed economies, markets had hoped for a dovish pivot to take away the sting.

No chance. The Fed and Bank of England just delivered big 75 basis point (bps) rate increases and with inflation stubbornly high, the message from central banks is clear – more hikes are needed.

But just maybe those moves could be less aggressive, as comments from Fed chief Jerome Powell suggested. Australia’s central bank has already slowed the pace of its rate hikes and delivered a mere 25 bps hike on Tuesday. Data and central bank comments in days ahead will remain under scrutiny. The much-hoped for dovish pivot remains elusive and battered world markets may have to settle for more but less for now.

(The race to raise rates https://graphics.reuters.com/GLOBAL-MARKETS/zjpqjqmkxvx/chart.png)

4/THE PRICE OF STABILITY

Reopening rumours made an excuse for buying China in recent days, but the weight of money is on the sidelines watching for the economy – especially sentiment and spending – to show signs of a turning point. Data on Monday showed China’s exports and imports unexpectedly contracted in October, the first simultaneous slump since May 2020 .

Inflation and credit data due in days to come may give a glimpse of that progress. But the most intense focus may fall on foreign exchange reserves, which are being soaked up as authorities seek to put the brakes on a currency heading for its worst year since 1994. Down eight months in a row, China’s reserves are within a whisker of the psychological $3 trillion level. A drop below would be a mirror on dollar strength, and perhaps the depth of resolve to resist it in North Asia, where reserves are draining from Seoul to Taipei and Tokyo.

Climate issues take centre-stage as world leaders kick off the COP27 talks on reining in emissions in Egypt’s coastal resort of Sharm el-Sheikh on Monday.

With the conflict in Ukraine, food and energy supply issues and surging inflation dominating the agenda, expectations for progress have focused less on fresh commitments to lower emissions and more on keeping the show on the road.

Crucial to that will be what steps the developed world takes towards helping poorer countries cut emissions and adapt their economies to its effects and pay for damage caused.

Also expected are updates and new commitments on a range of pledges made last year in Glasgow, including on deforestation, methane and carbon markets.

(Africa and developing countries lose out on climate finance: https://graphics.reuters.com/GLOBAL-MARKETS/THEMES/gkplwmzmyvb/chart.png)