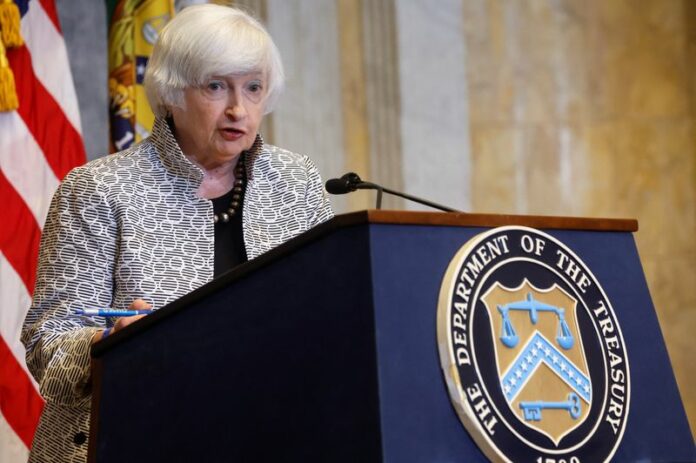 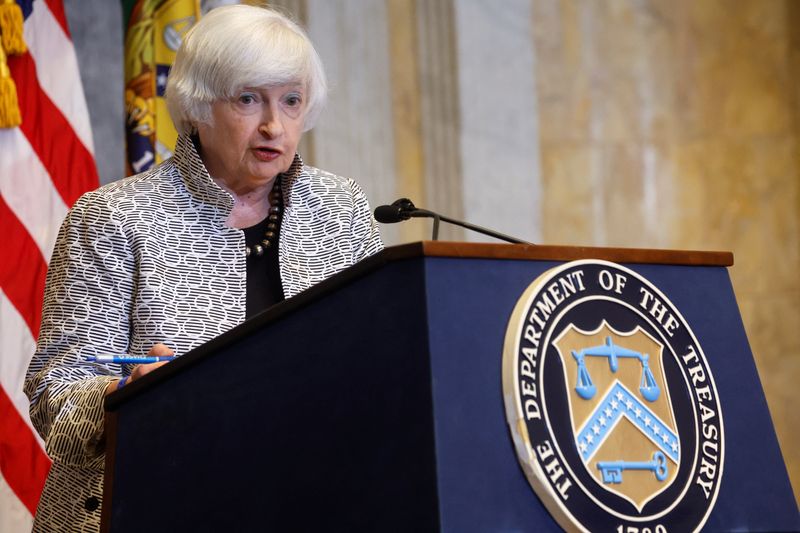 NEW DELHI (Reuters) – India stands to gain from a price cap on Russian oil and the United States hopes that it will take advantage of it, U.S. Treasury Secretary Janet Yellen said ahead of a visit to India this week, media reported on Tuesday.

The United States and its allies in the Group of Seven rich nations aim to prevent Russia from profiting from oil after its invasion of Ukraine on Feb. 24, while ensuring that most of its oil continues to flow to global markets.

The G7 nations plan to cap prices of sea-borne oil shipments from Dec. 5, with a second cap on oil products from Feb. 5.

India, the world’s third biggest oil importer and a traditional ally of Russia, has not explicitly condemned what Russia calls its “special military operation” in Ukraine.

India imports 85% of its crude needs and has emerged as Russia’s second-largest oil customer after China, taking advantage of discounted Russian oil shunned by some Western buyers.

“If they want to use Western financial services like insurance, the price cap would apply to their purchases,” Yellen was quoted as saying in a report published by the Moneycontrol news outlet, citing the Press Trust of India (PTI).

“But even if they use other financial services, we believe the price cap will give them leverage to negotiate good discounts from world markets. We would hope to see India benefiting from this programme.”

Yellen will travel to India on Friday to participate in a meeting of the U.S.-India Economic and Financial Partnership. She is due to hold talks with Finance Minister Nirmala Sitharaman on India’s assumption of the G20 presidency, the U.S. Treasury said.

She will then travel to the Indonesian island of Bali on Saturday for a joint meeting of G20 finance and health ministers before joining President Joe Biden at a G20 summit there on Nov. 15 and 16.