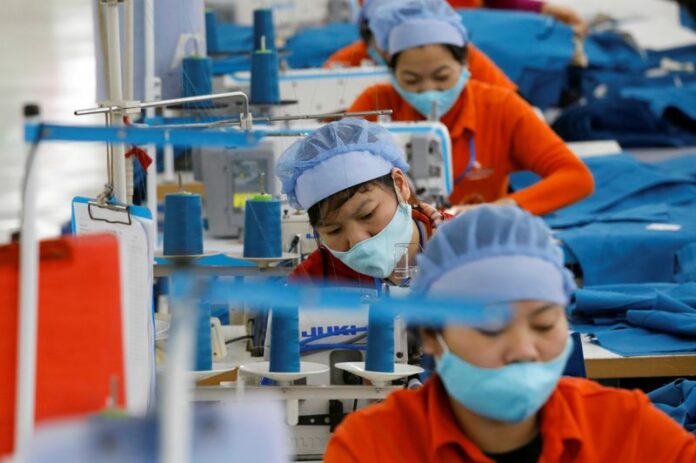 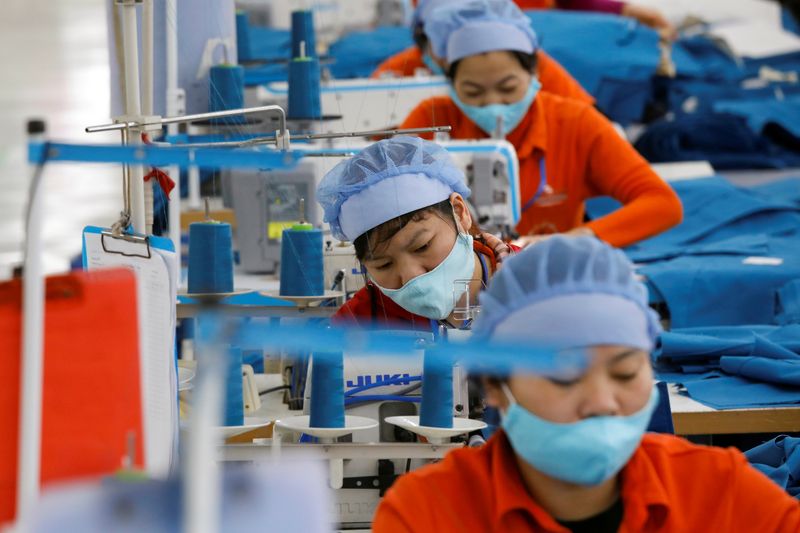 HANOI (Reuters) – Vietnam’s garment industry is expected to face a decline in orders from its key markets over the next two quarters, the country’s textile and apparel association said on Monday, amid high inflation that is dampening global demand.

Textiles and garments are the Southeast Asian country’s second-largest export earner, after smartphones. The country is among the world’s largest manufacturers for brands like Nike (NYSE:NKE), Calvin Klein, Mango, Zara and H&M.

“We are concerned that firms will face more difficulties in the fourth quarter this year and first quarter of 2023 due to the impacts of weakening demand globally,” Vietnam Textile and Apparel Association General Secretary Truong Van Cam told Reuters in an interview.

He added however that exports this year were still expected to reach the target of $43.0 billion-$43.5 billion.

The industry’s exports in the first 10 months of this year totalled $37.7 billion, up 16.9% from a year earlier and accounting for 12% of the country’s total exports, according to official data.

“High inflation in many of Vietnam’s key markets such as the United States, the EU and Japan have hurt demand, including the demand for Vietnam’s garment and textile products,” he said, noting that local companies had to cut about 10%-15% of their production and many had been forced to cut their workforce.

The weakening of the dong currency has also added to the difficulties faced by some garment makers, as imports of their raw materials are more expensive, he said. But he added that exchange rate impacts are limited as the garment industry is now registering a trade surplus.

Vietnam’s dong currency has lost 8% against dollar so far this year.

Earlier this week, Taiwanese shoemaker Footgearmex Footwear Co. Ltd. said in a note to its employees that it was preparing to lay off two-thirds of the workforce at its Ho Chi Minh City plant, citing a “drying up of orders and financial issues.”