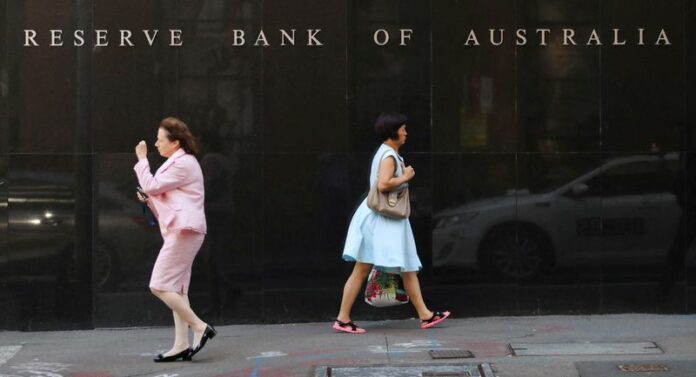 By Tom Westbrook and Stella Qiu

Dealers say the typically stable market for swapping fixed and floating rate payments has turned wild due to a combination of policy changes, speculation and skewed flows.

Banks and corporations use the market to manage interest rate risks and traders depend on it as reference for pricing other assets.

All have been affected by the dramatic surge in the cost of swaps relative to bonds and liquidity has rapidly dried up.

“Getting large trades done in the wholesale market now is much more difficult than even three-to-six months ago,” said Mark Elworthy, head of Australia and New Zealand rates trading at Bank of America (NYSE:BAC) Securities in Sydney.

“Trades that would normally take a few minutes could sometime take days to execute.”

That’s also caught the attention of policymakers, though it’s unclear what tools authorities could use, if any, to restore a functioning market.

To make a swap, market participants turn to a dealer or bank to facilitate the deal. For a premium, participants can turn fixed incomes or liabilities into floating exposures, or vice versa.

Nobody is certain of the exact trigger, but the usually reliable relationship between that premium and government bond yields broke down during October and early November.

The gap between the two rates shot to its widest in a decade for the two main tenors and the “bond-swap spread” has moved at its fastest pace in years.

The benchmark bond yield-to-swaps spreads at three-year and 10-year tenors flung to decade highs last week, with the three-year topping 65 basis points and the 10-year flirting with 80 bps, before sharply recoiling.

That has meant higher hedging costs for banks and corporations and mark-to-market losses for portfolios that hold debt priced relative to the bond-swap spread.

Non-government bonds make up a fifth of the widely tracked Bloomberg Australia composite index and are likely marked against swaps, Elworthy said.

Part of the issue is a lack of bond market supply. Australia’s central bank holds about a third of sovereign debt, thanks to its massive bond buying monetary stimulus during the pandemic.

That scarcity has now made bonds relatively more expensive, which means lower yields.

Meanwhile, swaps rates have moved the other way as dealers seek to limit their own exposure to rate risk, heightened as markets have been caught off-guard by shifts in the Reserve Bank of Australia’s tone and outlook as it hikes interest rates.

Most theories traders offer on what has driven the disruption relate to money flows, particularly from Australia’s big four banks, but also from hedge funds who have been wrong-footed by the moves.

Those new bond holdings then need to be hedged, which Lilley says has pushed up demand to swap fixed income streams by 50% more than usual, which in turn blows out the bonds-swaps gap.

“I think we have to be always very attentive,” he told a forum in Sydney.

Other factors include a relative dearth of foreign debt issued in Australian dollars, which would ordinarily generate receiving demand when issuers swap their liabilities to their home currencies.

Hedge funds also appear to have stepped in to try and take advantage of the market dysfunction, but have been blindsided as well, market players said.

“People who had tried to play the widening, maybe they got stopped out, which led to that disorderly widening,” said ANZ senior rates strategist Jack Chalmers.

The global backdrop has also been unhelpful, with September’s meltdown in British government debt sending companies “panicking to hedge,” according to Robert Hong, head of fixed income credit in Asia at financial services firm StoneX.

To be sure, there are no major signs of spillover to bank funding costs or wider financial markets. Nor are other swap markets globally seeing similar pressures.

But the speed of price moves has created concern about skewed supply and demand flows.

“We usually think of interest-rate derivatives markets as having highly elastic supply,” Lilley said. “But now it’s behaving a little bit more like a commodities market. As we’re getting small changes in demand, we’re getting extremely large changes in price.”