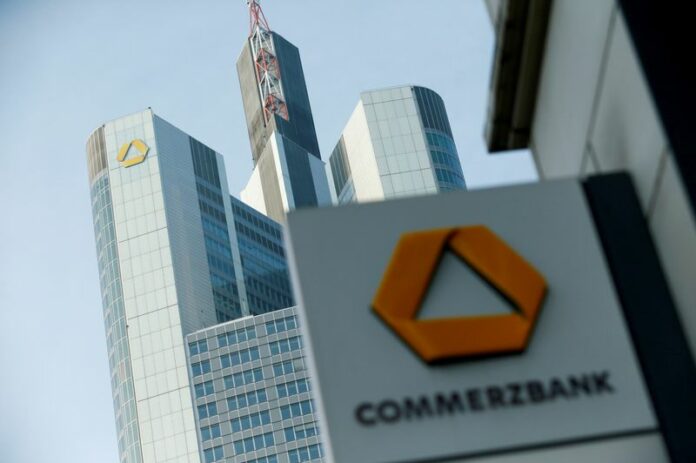 Commerzbank profit down 52%, but better than expected and keeps outlook 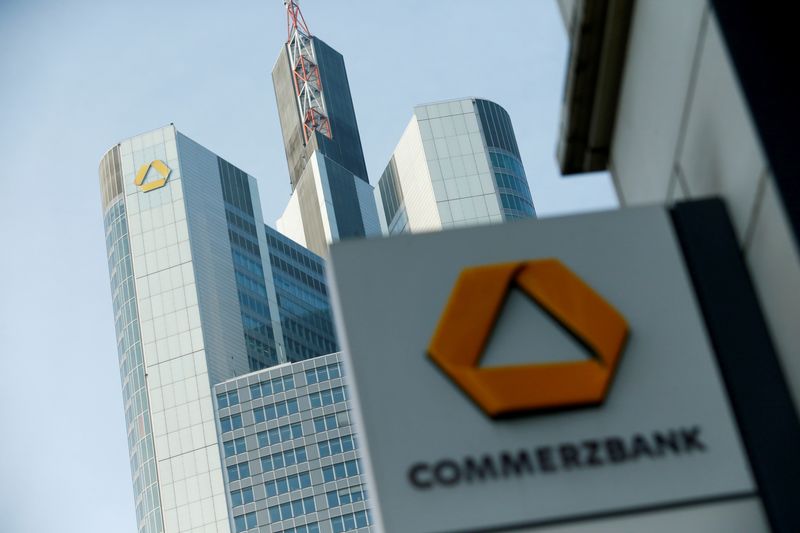 By Tom Sims and Marta Orosz

FRANKFURT (Reuters) -Germany’s Commerzbank (ETR:CBKG) said on Wednesday that net profit fell by 52% in the third quarter, in a better-than-expected outcome helped by higher interest rates, but dragged down by previously flagged problems at a Polish unit.

The lender also maintained its profit outlook for the full year even as its home market faces soaring inflation, a slowing economy and an energy crisis.

The quarterly profit, while down from last year, is still a healthy sign for Germany’s No. 2 bank, engaged in a 2-billion-euro restructuring programme that has closed hundreds of branches and cut 10,000 jobs.

“We have made great progress in the execution of our strategy … and are well on track to achieving our targets,” said Chief Executive Manfred Knof.

Net profit of 195 million euros ($196.31 million) in the quarter compares with a profit of 403 million a year earlier. Analysts had expected profit of 116 million euros on average in a consensus forecast published by the bank.

Some of Europe’s largest banks have warned of growing risks as the economy fizzles after posting stronger-than-expected profits for the third quarter.

Executives at Commerzbank have said that they foresee a difficult fourth quarter.

The bank nevertheless kept its full-year outlook of a net profit of more than 1 billion euros, helped by an increase in net interest income, even though prospects for commission income are less rosy, because of turbulence in financial markets.

The biggest drag on the quarter came from neighbouring Poland and its mBank unit.

In July, Commerzbank had announced it would be affected by a law in Poland allowing mortgage borrowers to skip monthly repayments as many as eight times through the end of 2023.

In September, it flagged that it would take a hit after the unit booked additional provisions for its Swiss franc loans.

The two issues amounted to a burden of about 750 million euros in the quarter.