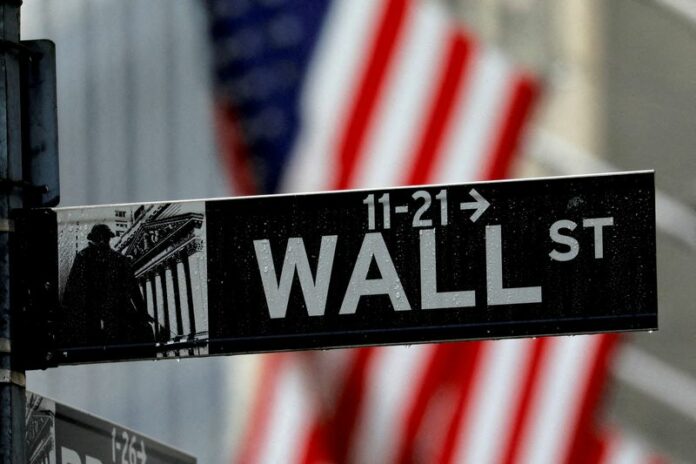 NEW YORK (Reuters) – Investors are expecting Republican gains in U.S. midterm elections, a result that could ease worries about Democratic spending and regulation but set up a bruising fight over raising the U.S. debt ceiling next year.

Control of Congress was still up for grabs early on Wednesday, with many of the most competitive races uncalled, leaving it unclear whether Republicans would crack Democrats’ tenuous hold on power.

The S&P 500 rose on Tuesday, during voting that will determine control of the U.S. Congress, while global markets were subdued on Wednesday, with investors betting on a political stalemate that could prevent major policy changes. [.N] [MKTS/GLOB]

Republicans were favored to win control of the House of Representatives and possibly the Senate, polls and betting markets showed earlier, though it may be hours before all vote tallies are known.

With Democrat Joe Biden in the White House, that result would lead to a split government, an outcome that has been accompanied by positive long-term stock market performance in the past.

“The race seems to be closer than expected, especially for the Senate. If Democrats take the Senate, it will be a huge embarrassment for Republicans even if (they) take the House.

“U.S. index futures have turned negative, and I think (the) dollar could turn back higher if Democrats retain the Senate.”

“The likely result (of the election) is gridlock in some shape or form. Divided government reduces the likelihood of significant legislative changes, thereby reducing policy uncertainty – a positive for risk assets.

“Looking into mid-late 2023 we may see delayed effects of the election as the budget and debt ceiling debate come into focus. Should Republicans take one or both chambers of Congress expect a potentially contentious bout of political brinksmanship that could contribute to some market volatility in 2023 before an eventual resolution is reached.”

“Some of the key races are quite close. It’s going to take some time to see who wins but it is surprising … We already have a scenario of gridlock because the Republicans are going to take the House. The market can accept gridlock. It means that many of the measures from the administration will be thwarted by the opposing part.

“That said, if the Republicans take the Senate along with the House that provides a pro-business backdrop for the market.”

“Obviously we don’t have a 100% reporting in on anything yet, but it doesn’t look like anything we have seen so far has spooked markets at all.”

“On one end, the reduced likelihood of corporate and personal and capital gain tax increases, that come with a Republican win, will be a tailwind for all equities … however on the other end, the prospects of no tax increases and extension of Trump’s tax cuts all potentially are inflationary as the private sector has more disposable after tax income.

“A Republican win will in generally be positive for equities, but inflationary risk is unlikely to be mitigated nor accelerated.”

“In the chance that both the House and Senate flip, it could lead to a miniature kind of sideways slash bear market rally, but ultimately, Fed tightening, money supply contraction and inevitable recession will dominate the changing political landscape in the U.S.

“When you think of the order of importance to markets, it’s really the Fed, the economy, the very troubling situation overseas and the midterms they’re just not terribly relevant over the next 6, 12, 18 months, because they’re really almost a non-event.

“If the Congress flips, it could be perceived as good news by investors because it means fiscal stimulus is over and that on the margin could make the Fed’s job a little bit easier to break inflation.”

“Having a balanced ticket in terms of Republicans, if they get the House and Senate, or just the House, will help slow some of the government spending which many have seen as one of the major contributors to inflation. So that happening may help do some of Fed’s work for them, so to speak, and that’s why that would be viewed favorably by the market.”

“If we get a split Congress, we might have to adjust our portfolios to be less defensive than we are today.”

“From an investor point of view, a Republican win in both chambers is a good outcome for the stocks. And even a divided government, which we will sure get, is better for the stocks than a Democratic win.”

“I think the markets are rallying at the prospect of gridlock.

“Fiscal spending has created a challenge for central banks worldwide. The prospect of no legislation is a bullish inflation signal.”