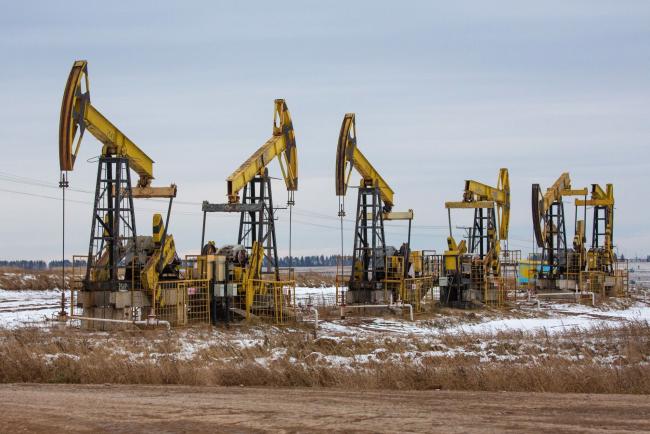 (Bloomberg) — The European Union watered down its latest sanctions proposal for a price cap on Russia’s oil exports by delaying its full implementation and softening key shipping provisions.

The bloc proposed adding a 45-day transition to the introduction of the cap, according to a document seen by Bloomberg. The proposed grace period would apply to oil loaded before Dec. 5 — the date oil sanctions are due to kick in — and unloaded by Jan. 19, aligning the EU to a clause previously announced by the US and the UK.

EU ambassadors are scheduled to meet on Wednesday with the aim of approving the cap, Bloomberg previously reported. The diplomats are expected to also discuss the price level at the meeting. If they back the proposal, the EU and the Group of Seven could announce the cap as early as that evening.

The cap would ban companies from providing shipping and services, such as insurance, brokering and financial assistance, needed to transport Russian oil anywhere in the world unless the oil is sold below the agreed threshold.

The US has pushed its allies in Europe to tweak a package of oil sanctions, which included an outright ban on services, that the bloc originally adopted in June by adding the price cap with two aims: to keep Russian oil on the market to avoid price spikes, while at the same time limiting Moscow’s revenues.

The oil market is closely watching the potential impact of sanctions on Russia’s exports, and the extent to which they might cut the nation’s sales.

Allies had previously discussed setting the cap somewhere between $40 and $60 per barrel — a range going from Russia’s cost of production to pre-war levels — but people familiar with recent discussions said it would likely be slightly above that.

The draft legislation also softened an earlier provision that would have indefinitely barred vessels carrying Russian crude purchased above the threshold from accessing European services for shipments of all oil regardless of origin.

The document now states that a vessel that has “intentionally” transported Russian crude oil or petroleum products above the cap will be prohibited from receiving services related to the transport of Russian crude oil or petroleum products “for 90 days following the date of unloading of the cargo purchased above the price cap.”

The EU is also proposing a 90-day transition in the event of any future changes to the level of the price cap.

Most G-7 nations and the EU plan to stop importing Russian crude this year. Provisions for refined petroleum products, including a cap on those prices, are due to come into force in February.