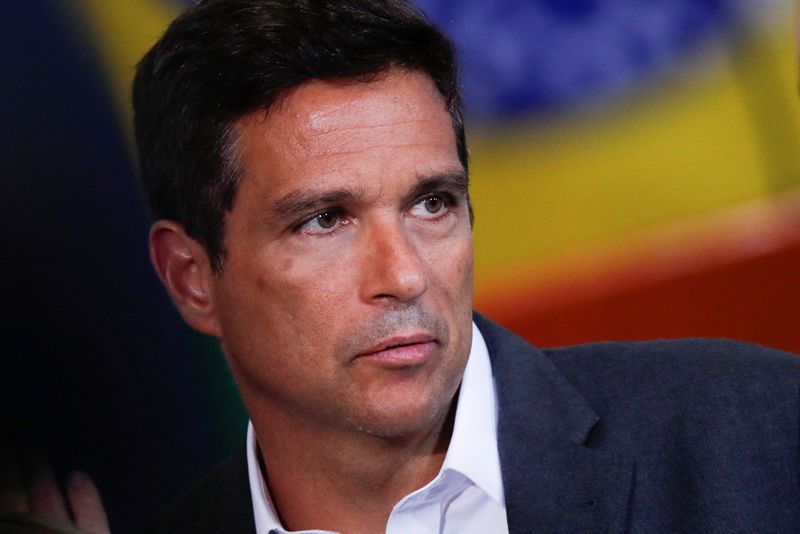 © Reuters. FILE PHOTO: Brazil’s Central Bank President Roberto Campos Neto looks on during a ceremony to announce the installation of Wi-Fi Internet in public schools in the country at the Planalto Palace in Brasilia, Brazil April 12, 2022. REUTERS/Adriano Machado/F

Speaking at an event hosted by BlackRock (NYSE:BLK) Brasil, Campos Neto said policymakers were seeing a qualitative improvement in inflation, but there was still “a lot of uncertainty” and that fiscal concerns were part of that.

“So not explaining very well or not designing the program very well and having a lot of news at the same time ends up generating uncertainty and decreasing your ability to spend,” he said.

“You can obviously spend more if your explanation of how you will converge debt ahead is credible,” added Campos Neto.

Lula’s transition team first presented a proposal to exempt 198 billion reais ($36.73 billion) from the constitutional spending cap next year, permanently removing the cost of the welfare program Auxilio Brasil from the spending rule. That sparked widespread criticism that it could push public debt to record levels and force a shift in monetary policy.

The proposal was presented as a draft to Congress, and the lack of definition and political consensus on its final format highlights Lula’s challenges to getting it approved.

Echoing the tone of his recent speeches, Campos Neto said long-term interest rates were “super sensitive” to the government’s debt trajectory, and that Brazil needed to show its public accounts would be sustainable. The central bank will respond appropriately, he added.

“It’s important for us to see what is going to come out, what does that mean in terms of the debt trajectory, and obviously that’s part of the central bank’s reaction function,” he said.