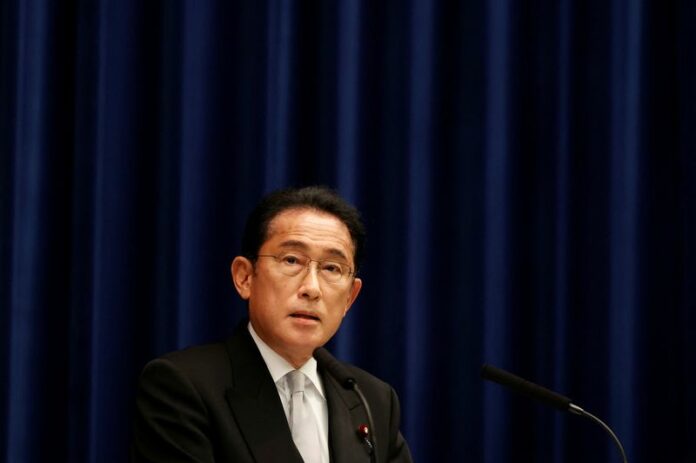 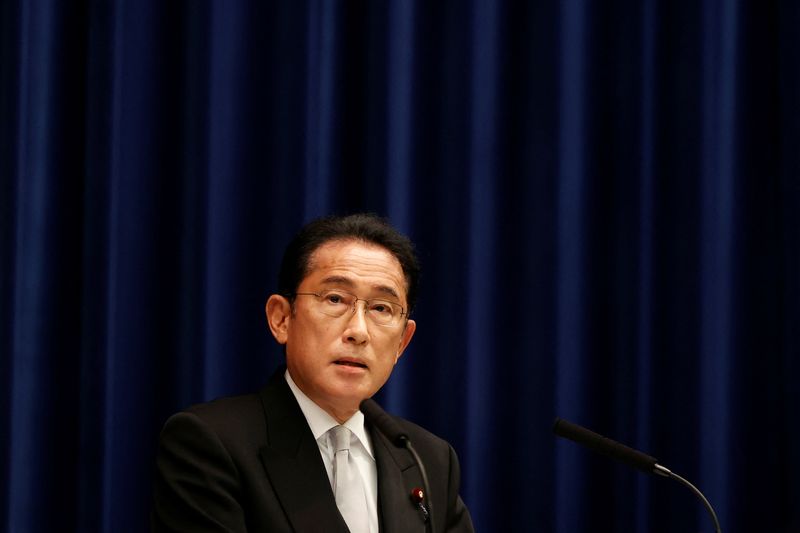 TOKYO (Reuters) -Japanese Prime Minister Fumio Kishida on Monday brushed aside the chance of adding wage growth as a new monetary policy goal the government and the central bank should pursue to underpin a fragile economy.

Bank of Japan Governor Haruhiko Kuroda also concurred with Kishida, saying that setting real wage growth as its policy target would be difficult.

“I’m not thinking of reviewing it,” Kishida told parliament, when asked by an opposition lawmaker to change the wording in a joint BOJ-government policy statement agreed upon in 2013.

“The government will prepare policies to prop up wages, working closely with the central bank,” he said.

Under pressure by then Prime Minister Shinzo Abe, the BOJ signed the 2013 statement with the government that clarified the central bank’s role in achieving its 2% inflation target “at the earliest date possible.”

Some opposition lawmakers and academics have proposed revising the statement’s wording, or create a new statement, as rising inflation and a lack of accompanying wage growth hurt households.

Critics also warn of the rising cost of prolonged monetary easing, as years of ultra-low interest rates and the BOJ’s huge asset buying have hurt financial institutions’ profits and pushed down liquidity in the Japanese government bond (JGB) market.

While inflation has exceeded the BOJ’s 2% target, Kuroda has repeatedly stressed the need to maintain the bank’s massive stimulus until wages rise enough to make up for the rising cost of living.