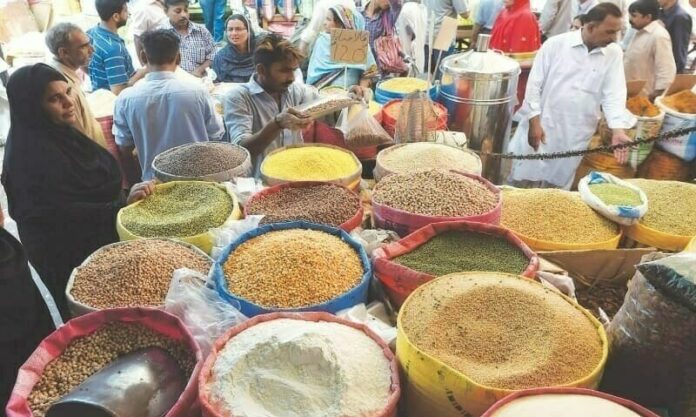 PESHAWAR: A continuous upward trend in prices of important kitchen items, like live chicken/meat, farms, vegetables, pulses, flour, sugar and others was witnessed in the retail market, it was revealed in a survey conducted by Business Recorder here on Sunday.

According to the survey, price of live chicken has increased at Rs300/- per kg which was selling at Rs290/- per kg in the previous week, whereas a dozen of farm eggs are available at Rs300/- against the price of Rs260/- per dozen in the last week, showing an increase of Rs40 per dozen within a week.

Price of sugar has pushed up as a five kg was available at Rs470-475/- and in retailers selling at Rs95-98 per kg in the local market, the survey noted.

It added though there were reports about reduction in prices of edible oil, prices were yet not decreased as wholesalers and retailers continued to charge consumers with exorbitant rates.

Flour prices remained stable in the local market as 20-KG fine flour bag was available at Rs2250/- and Danedar flour Rs2100/- while other quality flour was sold at Rs 1500-1700/- and Rs2000. Similarly, it was further revealed that the price of a 80-KG flour sac has increased at Rs8060/- The survey witnessed the bread makers “Tandoor’ owners selling low-weight against the decision between local administration and naanbhai association. Consumers told this scribe that bread makers have continuously reduced ‘Roti’ weight, and buying roti is completely unaffordable and out of their purchasing power.