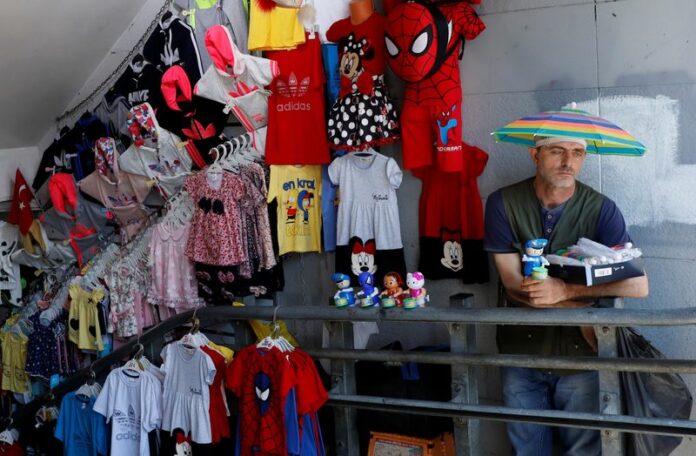 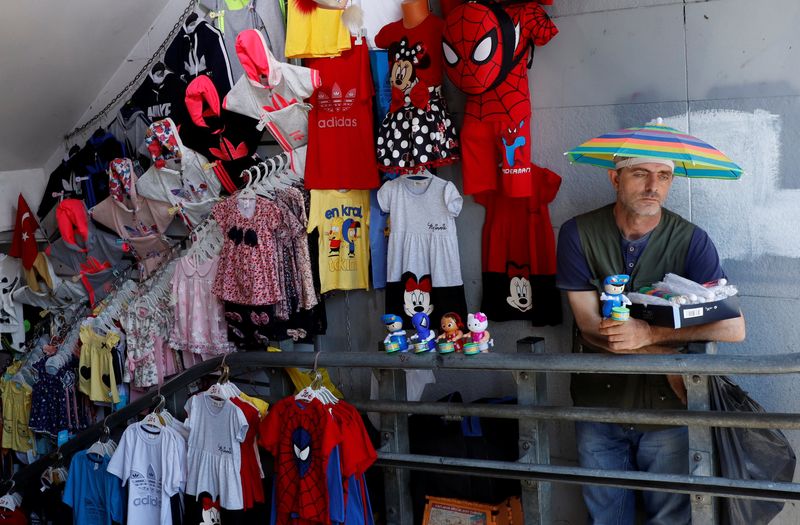 © Reuters. A street vendor sells toys at an underground passage in Istanbul, Turkey, May 31, 2019. REUTERS/Murad Sezer

ISTANBUL (Reuters) – Turkey’s economy is expected to have expanded 4% in the third quarter and will grow 5% overall in 2022, a Reuters poll showed on Monday, after the central bank embarked on an easing cycle to counter an economic slowdown despite soaring inflation.

Turkey’s economy bounced back strongly from the COVID-19 pandemic to expand 11.4% in 2021. It grew 7.5% in the first quarter and 7.6% in the second, extending its hot streak on strong domestic demand and exports.

But the economy was set to cool in the rest of the year as both domestic and foreign demand eased, partly due to a slowdown in the main trading partners hurting exports.

Turkey’s gross domestic product (GDP) growth was expected to stand at 4% year-on-year in the third quarter, according to the median estimate of 13 economists participating in the Reuters poll. Forecasts ranged between 3.0% and 4.8%.

President Tayyip Erdogan’s economic programme over the last 14 months prioritised growth and exports, and aimed to tackle inflation by shoring up chronic current account deficits rather than by raising rates.

An easing cycle last year led the lira to end the year down 44% against the dollar and it shed another 29% this year, sending inflation to a 24-year high of more than 85% in October.

In August the central bank began cutting rates again, by another 500 basis points to 9%. It cited signs of an economic slowdown for its easing.