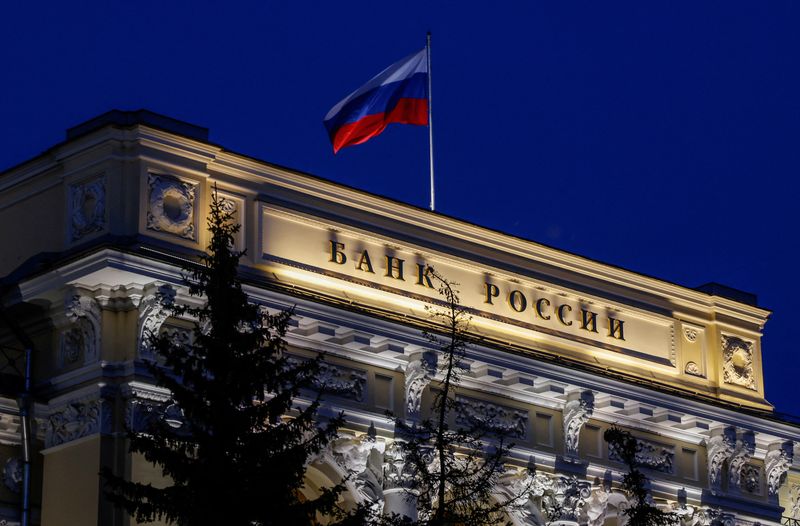 MOSCOW (Reuters) – Russia is open to relaxing restrictions on transactions by so-called unfriendly non-residents in exchange for the un-freezing of Russian assets abroad, its central bank said on Tuesday.

Russia implemented capital controls after Western sanctions over Moscow’s actions in Ukraine and prevented foreign investors from unfriendly states, those that have imposed sanctions, from selling securities of Russian issuers.

“Requirements for residents can be liberalised as much as possible, while the strictness of requirements for non-residents should differ depending on their jurisdiction,” the Bank of Russia said in a report.

Some overseas companies and investors found they had assets essentially trapped in Russia after Moscow responded to Western sanctions with its own restrictions.

Russia’s central bank said it may consider liberalisation, namely the unblocking of assets, in relation to unfriendly countries in response to the easing of sanctions.