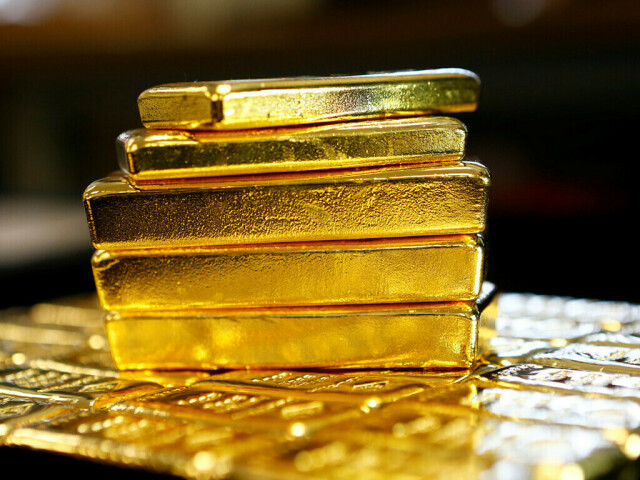 Gold prices climbed as much as 1% on Tuesday as a pullback in the dollar outweighed pressure from hawkish remarks by US Federal Reserve officials on interest rate hikes.

The dollar index fell 0.4% against its rivals on Tuesday, making gold less expensive for other currency holders.

While the slightly weaker dollar is supporting gold at the moment, we still expect that further Fed rate hikes will weigh on gold prices over the coming weeks, UBS analyst Giovanni Staunovo said.

The Fed Chair Jerome Powell’s speech at a Brookings Institution event on Wednesday is now of interest to traders seeking more clarity on the central bank’s policy stance.

“The market will closely focus on any indication of ending interest rate hike. If Powell would indicate we are close to it, gold would benefit, on the other hand, if he indicates further rate hikes are needed, my guess, that would weigh on gold,” Staunovo added.

The ADP National Employment report and the US Labor Department’s non-farm payroll data due this week also remains on the radar.

Meanwhile, Chinese police were out in force in Beijing and Shanghai to prevent more protests against COVID-19 curbs.

Protests in China, the biggest consumer of gold in the world, and the resulting heavy security presence will impact spending and industrial activity over the following month, which will weigh on all metals, said Michael Langford, director at corporate advisory firm AirGuide.