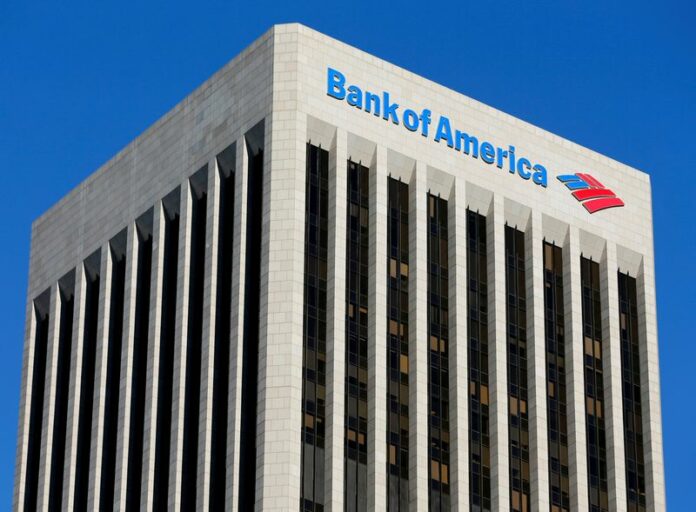 NEW YORK (Reuters) – Benchmark U.S. Treasury 10-year yields will fall next year as the Federal Reserve slows monetary tightening and eventually cuts interest rates to stimulate a dwindling economy, according to a forecast from Bank of America (NYSE:BAC) (BofA).

BofA believes the U.S. economy will enter a recession around the middle of next year, pushing the Fed to cut rates at the end of 2023 and sending yields – which move inversely to prices – lower across the curve, said Mark Cabana, head of U.S. Rates Strategy at BofA, in a media presentation.

The projected slowdown in rate hikes will also tamp down some of the volatility that has plagued investors this year, which saw sharp declines in prices for stocks and bonds, Cabana said.

“The Fed is likely going to show signs of becoming successful in their attempt to rein in inflation by softening the labor market,” he said. “That’s probably also going to be allowing for volatility within rates and across markets to compress to some extent.”

The Fed has raised interest rates by 375 basis points so far this year as it attempts to bring down the highest inflation in decades.

Cabana expects the central bank to increase rates three more times until reaching a terminal rate of 5.25% in March. Policymakers will likely begin cutting rates in December 2023, he said.

Ten-year Treasury yields – a global benchmark for a swathe of other asset classes – are set to decline from 4% in the first quarter next year to 3.25% by year end, Cabana said. They recently stood at 3.73% and hit about 4.3% this year, their highest since 2007.

The yield curve that compares two-year and 10-year yields – seen by many as a harbinger of an upcoming economic contraction when inverted – will likely steepen to the point of being flat by the end of next year, Cabana said. It is currently deep in negative territory at -74 basis points.