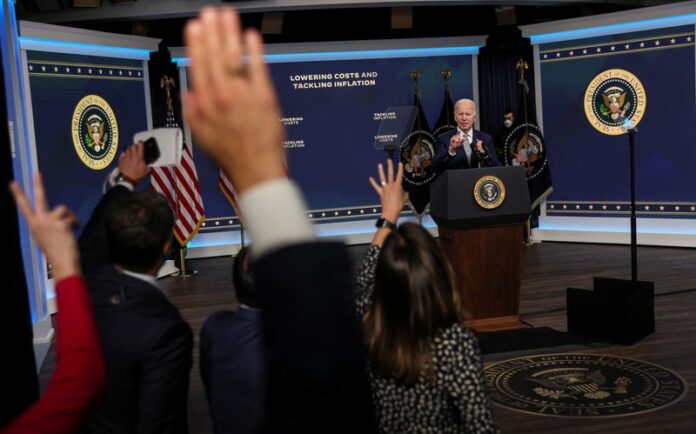 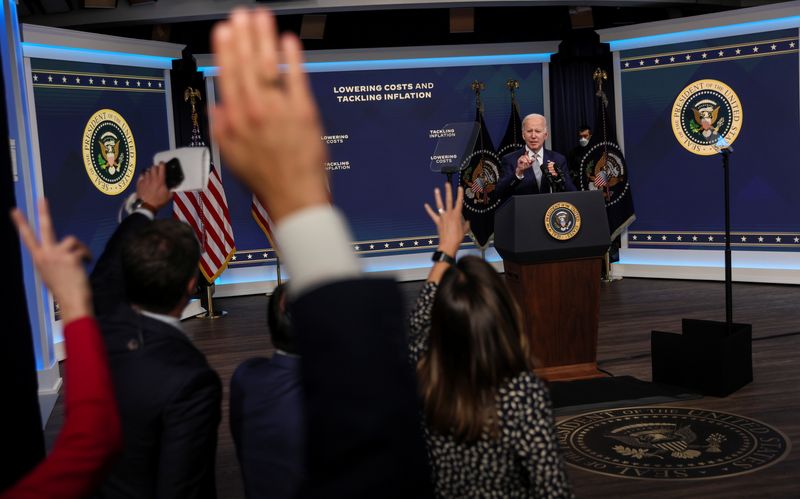 © Reuters. U.S. President Joe Biden takes questions as he delivers remarks on administration plans to fight inflation and lower costs during a speech in the Eisenhower Executive Office Building’s South Court Auditorium at the White House in Washington, U.S., May 10,

BAY CITY, Mich. (Reuters) – U.S. President Joe Biden on Tuesday hailed easing prices for gasoline, clothes and appliances as “good news for the holiday season,” but said it would take time for inflation to return to normal levels.

“Inflation at the grocery stores, thank God, is beginning to slow. Prices for things like clothes, televisions and appliances are going down. That’s good news for the holiday season,” Biden said, noting that costs for producers were also coming down.

While gasoline prices had returned to their pre-war levels, having dropped $1.50 per gallon from their peak this summer and continuing to fall, Biden said more progress was needed.

“While these prices are lower, they’re not low enough,” he said, adding, “It’s going to take time to get inflation back to normal levels … we’re laser focused on this.”

The U.S. Labor Department reported earlier this month that U.S. consumer prices increased 7.7% in October from a year earlier, the smallest gain logged since January.

Prices could spike again if unions reject a potential contract deal with U.S. railways, the White House has warned, but Biden did not raise the issue during his remarks.

The Democratic president touted his bona fides as a supporter of unions, but did not address simmering criticism that he betrayed labor in endorsing a move by Congress that would block a potential rail strike.