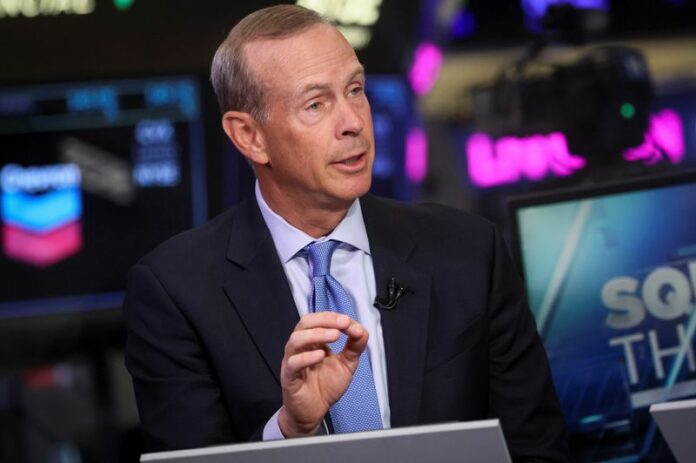 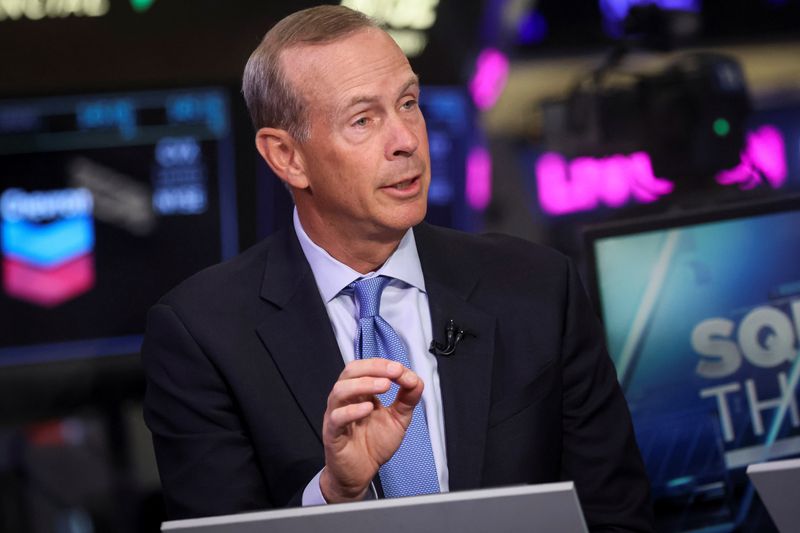 (Reuters) -Chevron Corp is unlikely to add investment in Venezuela in the next six months despite a recent U.S. license to allow it to expand its operations in the South American country, Chief Executive Michael Wirth said on Thursday.

Washington could gradually relax sanctions on Venezuela and provide greater latitude for Chevron to operate in Venezuela over time, Wirth said, without elaborating, in wide-ranging comments at the Economic Club of New York on Thursday.

A further relaxation of sanctions may happen if Caracas and opposition leaders agree on the terms of a presidential election, Washington has said.

Oil prices are more likely to rise than fall in the near term, Wirth predicted, as Western sanctions on Russian fuel, OPEC production cuts, and the end of U.S. emergency oil releases combine to reduce global supplies.

Despite that outlook and the energy sector outperforming others this year, as well as Chevron shares trading near their all-time high, Wirth said Chevron shareholders do not support increased spending on exploration and production.

“When I ask investors, ‘what if we hit the accelerator on investment?, they say ‘that adds risk, that makes me less likely to want to invest in the company and own shares,'” he said.

Chevron is the last major U.S. oil company still operating in Venezuela and is owed more than $3 billion in dividends and debts from its joint ventures with state-run oil firm PDVSA.

“We’re not likely to be coming in with investment in a drilling campaign that grows production in the next six months,” said Wirth. “There’s a lot of work that has to be done… to allow us to move in that direction.”

Sanctions had not halted Venezuelan exports to other countries, and the Biden administration had decided to loosen some of them, he said.

“The primary effect is it allows some of that Venezuelan oil to flow back to the U.S., which will help the U.S. refining system,” said Wirth.