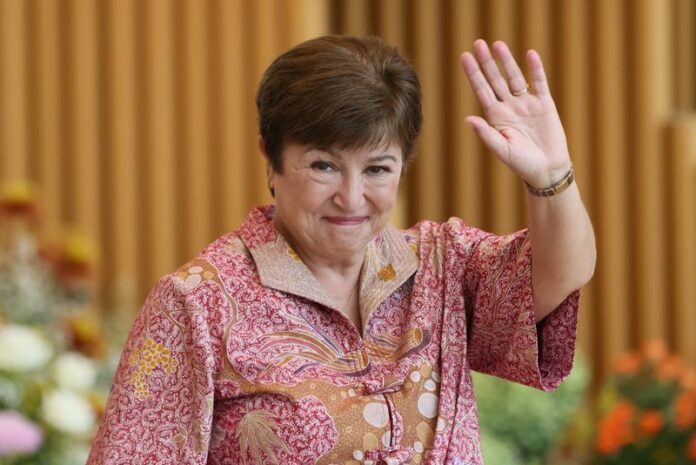 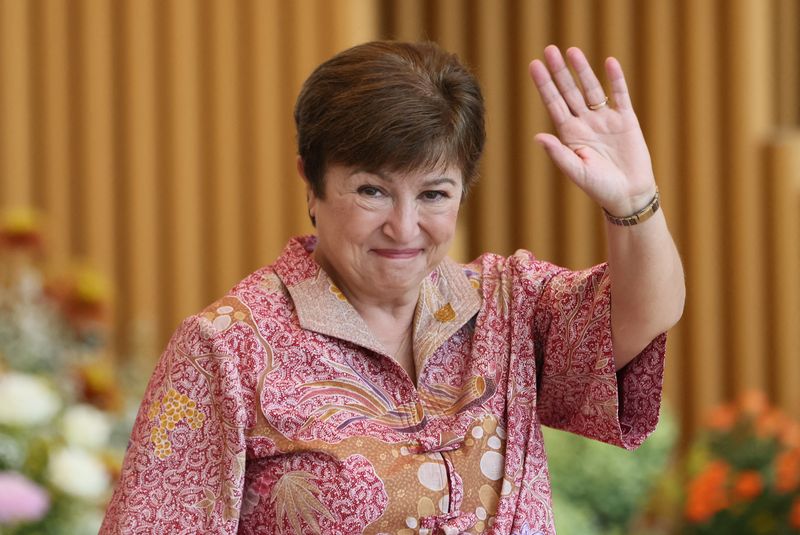 NEW YORK (Reuters) -Damage from Russian attacks on Ukraine’s infrastructure are increasing the amount of aid the country needs “front-loaded” ahead of the harsh winter months, the head of the International Monetary Fund said on Thursday.

IMF Managing Director Kristalina Georgieva told the Reuters NEXT conference she was confident international partners would continue to provide needed support for Ukraine.

“Ukraine cannot go through this year without financial support,” she said, lauding steps being taken by Ukraine to put in place clear mechanisms to track aid flows into the country and ensure accountability for the vast sums.

She said the IMF had provided $2.7 billion in emergency financing to Ukraine and had just agreed a board monitoring program with Ukraine that would pave the way for a formal financing program.

“We at the IMF are working hard to be able to step up our own support for Ukraine,” she said. “It is a devastating situation in terms of … access to electricity, heating, water. Dark, cold, scary with bombardments going on.”

Russia’s attacks on Ukraine’s civilian infrastructure have increased the amount of budgetary assistance the country will need, adding up to $1 billion a month to previous estimates of $3 billion to $4 billion, she said.

In mid-October, before Russia began bombing cities in western Ukraine and targeting electricity and water plants, the IMF and Ukrainian authorities had projected the needed international support at $3 billion to $4 billion a month.

World Bank President David Malpass, speaking at the same conference, said the World Bank had disbursed $18 billion to Ukraine, with much of it coming from the United States and Europe.

He said he expected the projected $349 billion cost for reconstruction of Ukraine to go up “quite a bit,” given Russia’s apparent targeting of electricity grids and other infrastructure that would be expensive to replace.

“The amounts are staggering,” he said.

He said he did not detect any “donor fatigue” in the international community despite the huge cost of the war, but said there was mounting and “gigantic frustration” with Russia for continuing the war.

“It’s a grinding war, and hugely disappointing,” Malpass said, adding that Russian officials were now outcasts when they came to international meetings.

Georgieva said it was critical to support the Ukrainian government as it continued to manage the economy that was still operating despite the war, and to keep financial support flowing in a steady manner.