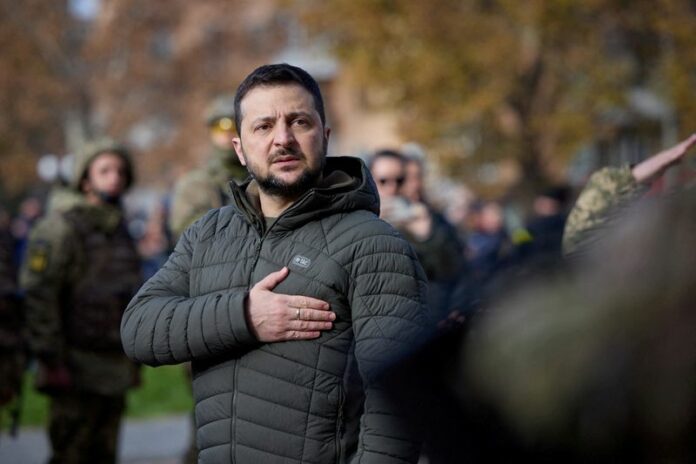 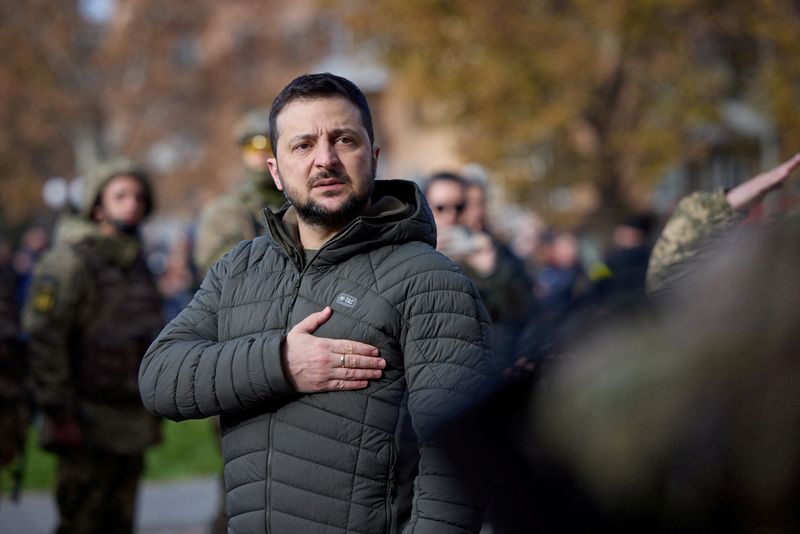 KYIV (Reuters) -The $60 price cap on seaborne Russian oil agreed by Group of Seven nations and Australia is not serious and will do little to deter Russia from waging war in Ukraine, President Volodymyr Zelenskiy said on Saturday.

The European Union is now set to approve the cap after the G7 and Australia struck a deal on Friday. The measure aims to reduce Russia’s income from selling oil, while preventing a spike in global prices.

“You wouldn’t call it a serious decision to set such a limit for Russian prices, which is quite comfortable for the budget of a terrorist state,” Zelenskiy said in a video address.

“It’s only a matter of time before stronger tools will have to be used anyway. It is a pity that this time will be lost.”

Andriy Yermak, head of Zelenskiy’s administration, said earlier that the cap should be set at $30 “to destroy the enemy’s economy quicker”.

Zelenskiy complained the world had showed weakness by setting the cap at $60, which he said would swell Russia’s budget by $100 billion a year.

“This money will … go towards further destabilisation of precisely those countries that are now trying to avoid serious decisions,” he said.