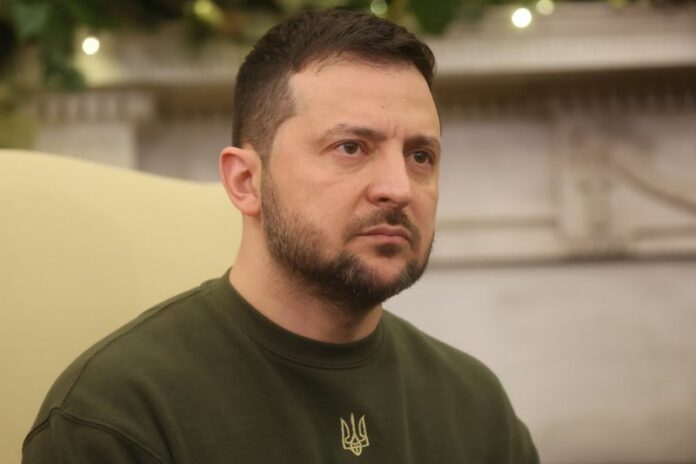 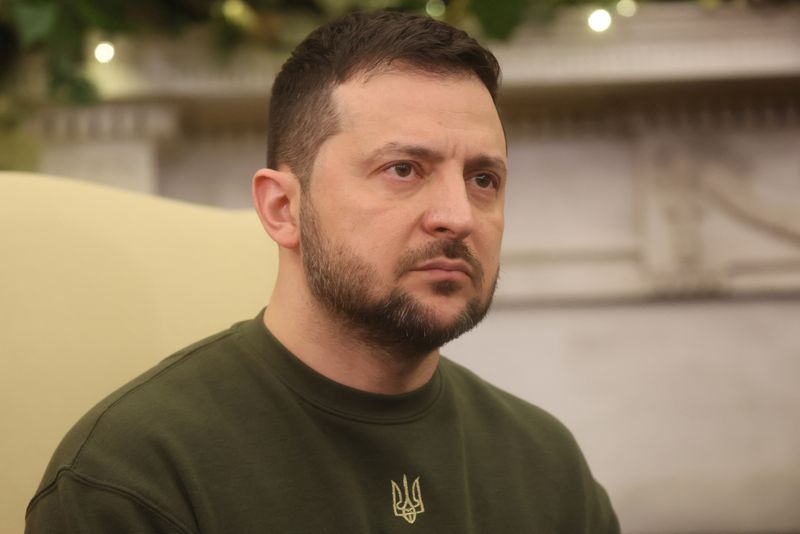 By Patricia Zengerle and Gram Slattery

WASHINGTON (Reuters) -Ukrainian President Volodymyr Zelenskiy faced a critical audience when he addressed a joint session of the U.S. Congress on Wednesday: House Republicans who could hold up billions of dollars in war aid starting next month.

President Joe Biden’s administration has sent almost $50 billion in foreign assistance to Ukraine since Russia began its invasion of its neighbor in February, including humanitarian, financial and military support. Congress, currently controlled by Biden’s Democrats, is expected to approve $44.9 billion more this week in a bill funding the federal government.

It remains to be seen whether congressional support for Ukraine will change after Republicans take control of the House of Representatives next month. Biden’s fellow Democrats retained control of the Senate in the November midterm elections.

Zelenskiy stressed as he began his speech that he was addressing both Democrats and Republicans.

He told a House chamber jammed with hundreds of lawmakers that Ukraine’s fight was for the greater good, and he thanked all Americans for their assistance so far.

“Your money is not charity. It is an investment in the global security and democracy,” Zelenskiy said.

Nonetheless, the funding stream could slow starting on Jan. 3, when Republicans take a narrow majority in the House of Representatives. Some hardline members of the Republican caucus have called for an end to the aid that has helped Ukraine fight Russian forces, instead calling for an audit to trace how the money previously allocated has been spent.

All 57 House votes against a bill providing more than $40 billion for Ukraine in May came from Republicans.

“No more blank checks to Ukraine,” Republican Representative Andy Biggs wrote on Twitter hours before Zelenskiy’s visit to Washington. Biggs, a member of the conservative House Freedom Caucus, has emerged as the main challenger to House Republican leader Kevin McCarthy in the House speakership election, slated for Jan. 3.

A few of the most hardline Republicans – including representatives Lauren Boebert and Matt Gaetz – remained seated during the standing ovations, sitting and staring at their phones as Zelenskiy spoke.

Both told reporters after the speech that they would not support more aid for Kyiv. Gaetz said nothing had changed his opposition to Ukraine aid and, when asked if there was anything compelling in the speech, said, “I loved the fashion choices.”

But many Republicans said assistance to Ukraine must continue, although with more oversight.

“The majority of both parties in the House and Senate support this effort. But they’re not going to if we don’t have accountability and transparency,” Representative Michael McCaul, the Republican in line to chair the House Foreign Affairs Committee in January, told reporters.

The early weeks of 2023 could feature a leadership battle in the House, during which time legislating would likely grind to a halt. And even when the Republican-led House agrees on its leader, deep divisions between it, Biden and the Democratic-led Senate, could make it hard for lawmakers to agree on new initiatives.

While they are unlikely to stop aid altogether, Republicans could slow or pare back the assistance, or use it as leverage to win concessions from Democrats on Republican priorities like clamping down on immigration across the southern border with Mexico.

McCarthy said in October that Ukraine would no longer receive a “blank check” from the United States.

Funding for Ukraine puts historic priorities of the Republican party at odds: a strong defense and opposition to Russia versus a desire to rein in government spending. Adding to the complexity is the allegiance of many in the party to former President Donald Trump’s “America First” policies.

Some of his allies in Congress have viewed Ukraine’s government as corrupt since Trump’s first impeachment trial.

House Democrats voted to impeach Trump in 2019 on charges he held up military aid for Ukraine to put pressure on Zelenskiy to investigate one of Biden’s sons. The issue could loom large again as Trump seeks the Republican presidential nomination in 2024.