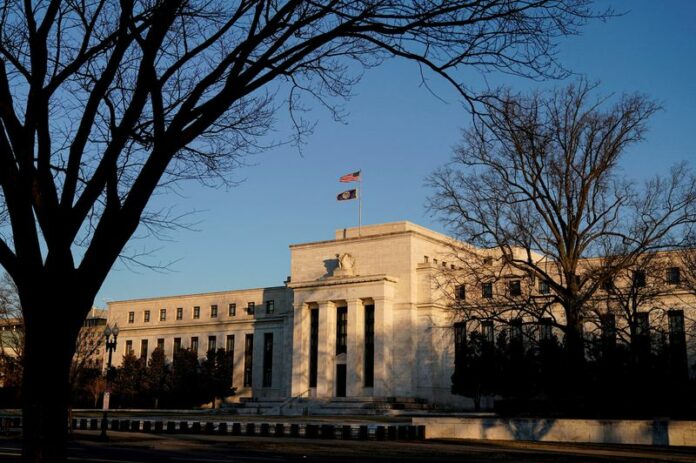 By Karin Strohecker and Vincent Flasseur

LONDON (Reuters) – Major central banks ramped up interest rates at the fastest pace and biggest scale in at least two decades in 2022 as policy makers went all out in the battle to contain surging inflation.

All major central banks bar the Bank of Japan raised rates this year, though policymakers in Tokyo roiled markets in December with a surprise policy tweak to its yield target, fuelling speculations that an actual rate hike might be on the cards in the not too distant future.

However, it was primarily the U.S. Federal Reserve’s 225 basis points of hikes over the past 12 months – and the prospect of possibly more to come – that has kept markets on edge against a backdrop of sharply slowing growth.

“When you look at the tightening in the U.S. it is basically one of the sharpest ever in the past 20 years,” David Hauner, head of emerging markets cross-asset strategy and economics, EMEA at Bank of America (NYSE:BAC) Global Research told Reuters.

“Normally when you have such a sharp tightening in financial conditions you basically have something more than just a small recession, which seems now the general consensus.”

On a monthly basis, data showed that seven out of the 10 major central banks lifted rates in December.

The U.S. Federal Reserve, the European Central Bank, the Bank of England, the Reserve Bank of Australia, Norway’s Norges Bank, the Bank of Canada and the Swiss National Bank all raised their benchmarks by a cumulative of 300 basis points. This compares to the monthly peak of 550 bps in September, though not all central banks meet on a monthly basis.

The Reserve Bank of New Zealand and Sweden’s Riksbank did not hold rate setting meetings in December.

Meanwhile, there was more evidence that the tightening cycle in emerging markets was slowing down.

Five out of 18 central banks delivered a total 260 bps of rate hikes in December, down from 400 bps in November and some way off the 800-plus bps monthly tallies in June and July.

The majority of those came from policymakers in Asia, who are lagging in the tightening cycle Latin America and emerging Europe. Central banks in Indonesia, India and the Philippines raised rates, alongside Colombia and Mexico.

Emerging market central banks have raised rates 93 times this year to lift benchmarks by a total of 7,425 bps this year, nearly three times the 2,745 bps tightening in 2021, calculations show.