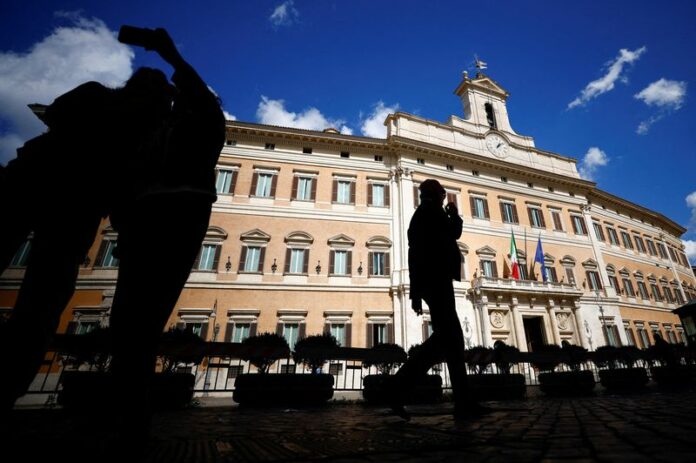 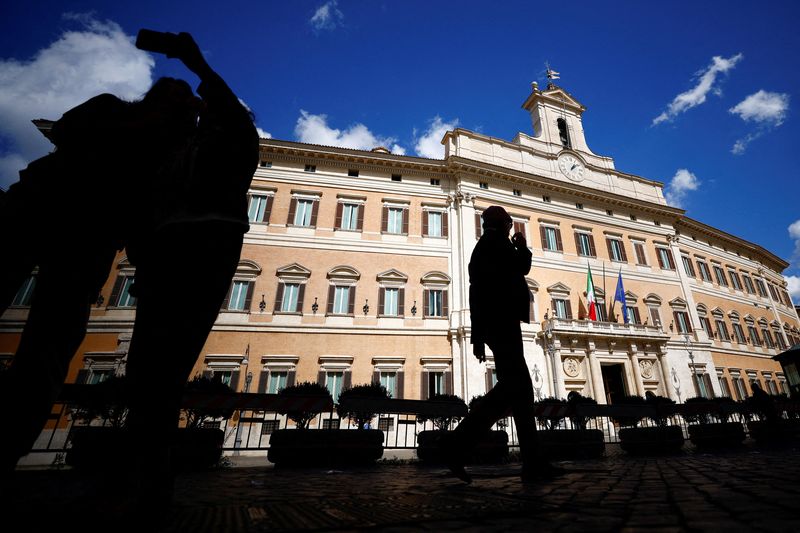 ROME (Reuters) -The Italian government on Friday comfortably won a vote of confidence in the Chamber of Deputies, which it called to speed up approval of its expansionary 2023 budget before a year-end deadline.

Prime Minister Giorgia Meloni’s first budget drives up next year’s deficit to 4.5% of gross domestic product from 3.4% forecast in September, allocating more than 21 billion euros ($22.3 billion) in tax breaks and bonuses to help firms and households cope with the energy crisis.

Among numerous other measures, the bill also lowers the retirement age, offers fiscal incentives to encourage hiring on open ended contracts and includes 12 tax amnesties allowing people and firms to catch up with missed payments through reduced penalties.

Barring surprises, the upper house Senate should definitively approve the bill in a second reading next week.

If discussions drag on and the budget is not passed by Dec. 31, limits on the government’s monthly spending will kick in, limiting discretionary measures. Parliamentary Affairs Minister Luca Ciriani ruled out that the deadline might be missed.

“It would be damaging to the government and to the international image of the country,” he told reporters.

Italian governments often use confidence votes to truncate debate over amendments and push through legislation. If a confidence vote is lost the government must resign but Meloni, with her ample parliamentary majority, ran no risk of this.

Opposition parties have accused the right-wing ruling coalition of giving parliament insufficient time to review the budget. The government has said it had no alternative because it only took office in late October, drastically curtailing the period normally used to draw up and debate the package.

“What has happened in parliament is proof that the right-wing bloc was not ready (to govern),” said Enrico Letta, the leader of the centre-left Democratic Party.