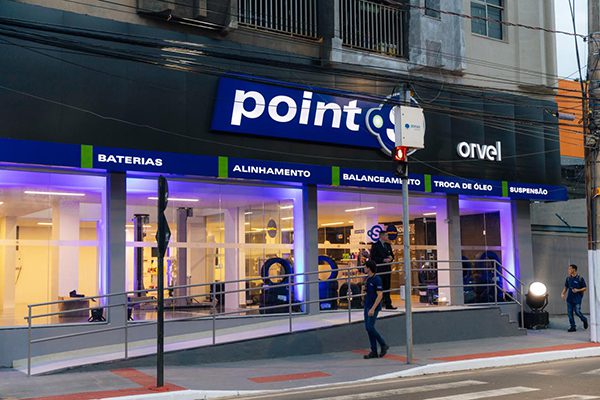 The announcement follows news from April this year, when it was revealed that Point S had signed a Master Franchisee contract in Brazil with ATO, whose shareholder companies are automotive heavyweights, ADSTA and Orletti.

After a phase of negotiation and planning, the franchisees each officially opened a pilot point of sale in November. ADSTA began proceedings by cutting the ribbon at a brand-new site in Recife, boasting 1100m2 of floor space and six bays.

This was followed by the inauguration of a second pilot point of sale, managed by Orletti. Located in the city of Vitoria (Espirito Santo), on the north of Rio de Janeiro, the site is 980m2 and has five bays.

Both pilot sites were officially opened at the end of November in the presence of local dignitaries and elected officials, suppliers, journalists, and prospective customers.

Fabien Bouquet, Point S International CEO, said: “The opening of a pilot point of sale is always an important step in the development of our brand in a new country. These sites become a benchmark for future franchisees in terms of branding, layout and the quality of service, so it’s crucial that we get it right.

“I am impressed by the remarkable work done by our Master Franchisees in these two stores. These standard bearers are a great showcase for our future network in Brazil”.

ADTSA Vice President, Bruno Tude de Melo, added: “We are very motivated by the arrival of Point S in Recife, Brazil. The market has welcomed the ”No Stress with Point S” proposition and we are already noticing an increasing number of customers seeking to know more about our point of sale, our products, and our services. The strength of a global brand associated with the credibility of our group allows us to communicate to consumers an image of trust and professionalism, which has been lacking in our market up to now”.

Wagner Orletti, President of Orletti group, said: “Based on the positive reception that the inaugural Point S site in Vitoria received, we are feeling very confident going into 2023. The growth trend of this segment and the opportunities offered by the Point S multi-brand proposition allow us to look to the future with confidence and optimism in Brazil”.

These first two site openings mark the beginning of Point S’ ambitious strategy for Brazil, with ATO having committed R$175 million to launching over 200 Point S locations across the country.