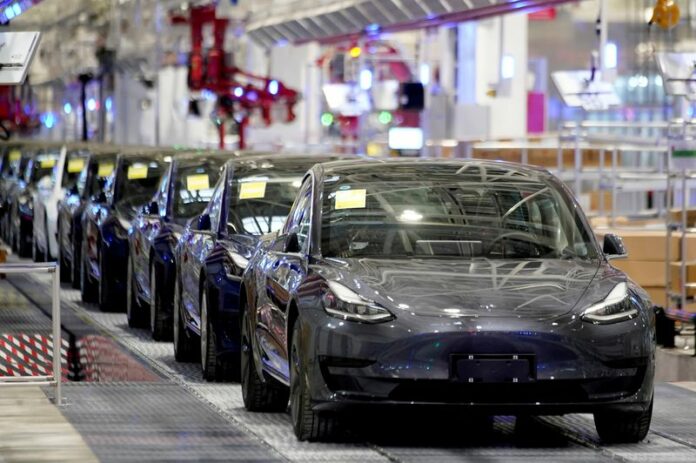 SHANGHAI (Reuters) – Tesla (NASDAQ:TSLA) suspended production at its Shanghai plant on Saturday, according to an internal notice and two people with knowledge of the matter, bringing ahead a previous plan to pause most work at the plant in the last week of December.

The U.S. automaker cancelled the morning shift and told all workers at its most productive manufacturing hub they could start their break, said the people and the notice seen by Reuters. The company did not give a reason.

Reuters reported earlier this month that the electric car giant planned to suspend Model Y production at the plant from Dec. 25 to Jan. 1.

The suspension comes among a rising wave of infections after China eased its zero-COVID policy earlier this month, an abrupt move welcomed by businesses and the public but heavily disrupting business operations in the short term.

One of the people said workers at Tesla and its suppliers have also been falling sick as part of this wave, posing challenges to operations in the past week.

Tesla is also grappling with elevated inventory levels as its second largest market braces for a downturn.

The Shanghai plant has been focused on making models for export in the last week, the person added.

A media representative at Tesla China did not immediately respond to request for comment.

The plant’s suspension of Model Y assembly at the end of the month would be part of a cut in planned production of about 30% in the month for the model, Tesla’s best-selling model, at the Shanghai factory, Reuters had reported.

It has not been an established practice for the plant to shut down for a year-end holiday.