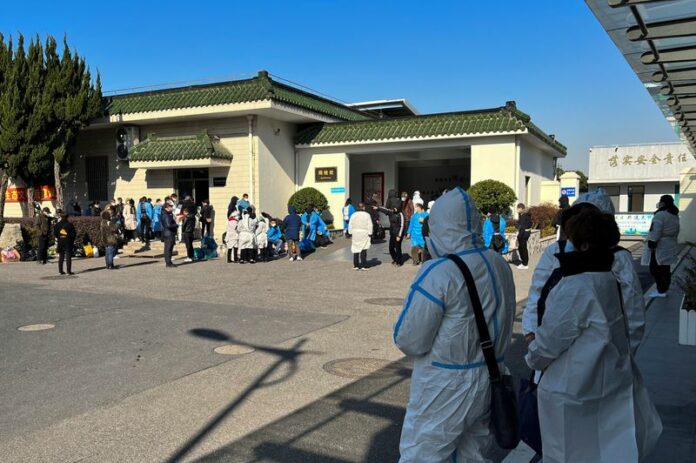 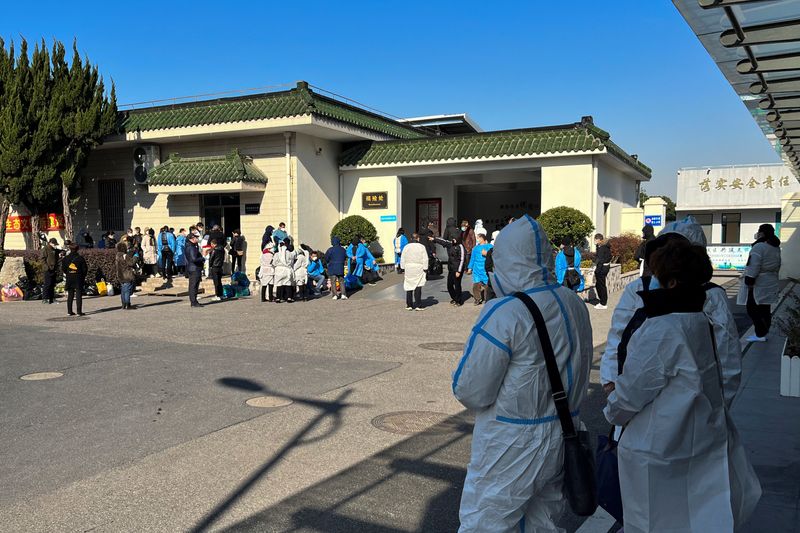 By Bernard Orr and Roxanne Liu

BEIJING (Reuters) – China’s Zhejiang, a big industrial province near Shanghai, is battling around a million new daily COVID-19 infections, a number expected to double in the days ahead, the provincial government said on Sunday.

Despite a record surge of cases nationwide, China reported no COVID deaths on the mainland for the five days through Saturday, the Chinese Center for Disease Control and Prevention said on Sunday.

Citizens and experts have called for more accurate data as infections surged after Beijing made sweeping changes to a zero-COVID policy that had put hundreds of millions of its citizens under relentless lockdowns and battered the world’s second-largest economy.

Zhejiang is among the few areas to estimate their recent spikes in infections including asymptomatic cases.

“The infection peak is estimated to arrive earlier in Zhejiang and to enter a period of elevated level around New Year’s Day, during which the daily new infection number will be up to two million,” the Zhejiang government said in a statement.

Zhejiang, with a population of 65.4 million, said that among the 13,583 infections being treated in the province’s hospitals, one patient had severe symptoms caused by COVID, while 242 infections of severe and critical conditions were caused by underlying diseases.

China narrowed its definition for reporting COVID deaths, counting only those from COVID-caused pneumonia or respiratory failure, raising eyebrows among world health experts.

The World Health Organization has received no data from China on new COVID hospitalisations since Beijing eased its restrictions. The organisation says the data gap might be due to the authorities struggling to tally cases in the world’s most populous country.

“China is entering the most dangerous weeks of the pandemic,” said a research note from Capital Economics. “The authorities are making almost no efforts now to slow the spread of infections and, with the migration ahead of Lunar New Year getting started, any parts of the country not currently in a major COVID wave will be soon.”

The cities of Qingdao and Dongguan have each estimated tens of thousands of daily COVID infections recently, much higher than the national daily toll without asymptomatic cases.

The country’s healthcare system has been under enormous strain, with staff being asked to work while sick and even retired medical workers in rural communities being rehired to help grass-root efforts, according to state media.

Bolstering the urgency is the approach of the Lunar New Year in January, when huge numbers of people return home.

Visits to Zhejiang fever clinics hit 408,400 a day – 14 times normal levels – in the past week, a Zhejiang official told a news conference.

The eastern city of Suzhou said late on Saturday its emergency line received a record 7,233 calls on Thursday.