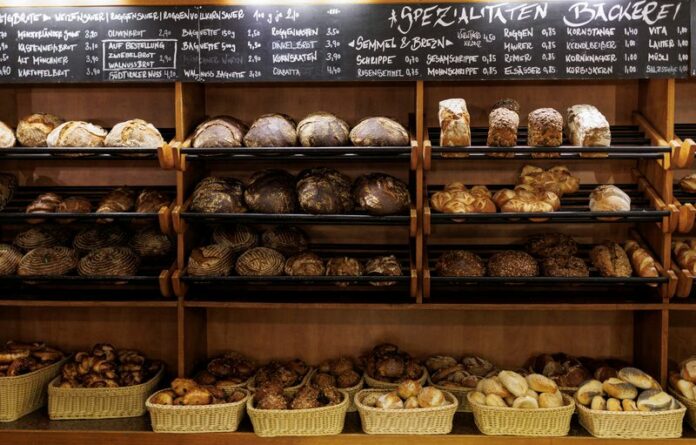 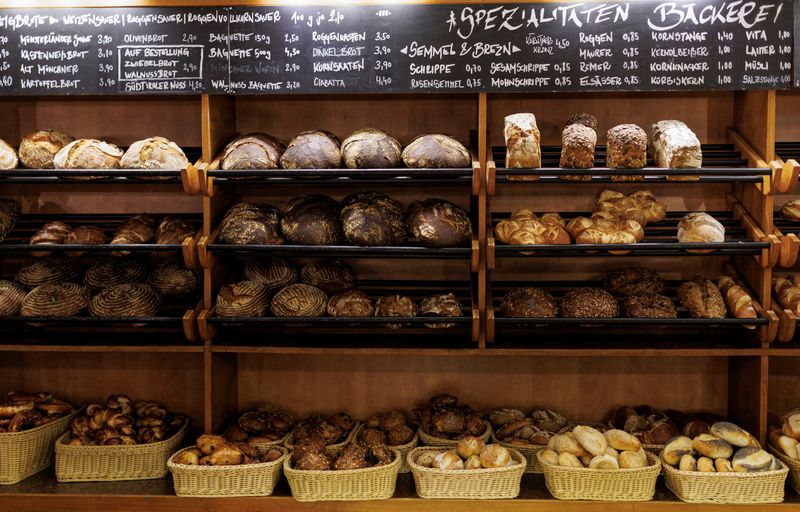 © Reuters. FILE PHOTO: Bread and other baked goods are offered for sale in the shop of the Bonert bakery in Munich, Germany, September 15, 2022. REUTERS/Lukas Barth

BERLIN (Reuters) -Inflation is likely to remain high for another two years as companies pass on higher input costs and in some cases exaggerate them, the head of the council of economists that advises the German government was quoted as saying on Saturday.

Russia’s invasion of Ukraine has further stoked already rising costs for food and energy, pushing inflation in Germany to its fastest pace since the early 1950s, with consumer price rises of around 11.3% in November.

The Bundesbank has warned that even a planned price cap on gas and electricity may not be enough to bring inflation down from double digits.

“Inflation will also be an issue in 2024, and only thereafter will we maybe see it returning to 2%,” Monika Schnitzer, the head of the so-called “wise men”, was quoted as saying by the Rheinische Post newspaper.

“Inflation is remaining high because we are seeing second round effects, with companies passing on their higher costs – and some significantly exaggerating.”

She said she was not concerned about a wage-price spiral given measured wage rises in the chemistry and metal industries.

Workers in those industries agreed to what will likely prove to be below-inflation pay increases in return for one-off compensation payments.

She was concerned, however, about high electricity prices, saying the government should urgently check whether it would make sense to let the remaining three nuclear plants run for two or three years longer than planned.

“It would make sense to quickly order new fuel rods now, that would give us more security next winter,” she said.

Europe’s biggest economy had planned to phase out nuclear power by the end of this year but the government decided in October to extend the lifespans of the remaining three plants until April given the current energy crisis. Some members of government would like to see their lifespan extended further.