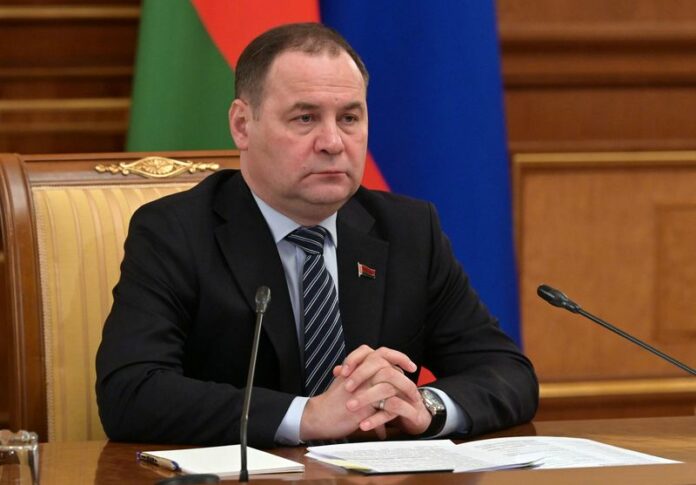 (Reuters) – The economy of Belarus is expected to shrink by 4% in 2022 after western nations imposed punitive measures, much less than some had forecast, Interfax cited Prime Minister Roman Golovchenko as saying on Saturday.

The European Union, the United States and others have imposed billions of dollars worth of sanctions on the ex-Soviet state over its support for Russia’s war against Ukraine.

“You know the forecasts we were given – from a total collapse (of the economy) to a drop of 20%,” Interfax quoted Golovchenko as telling national television.

“I think that those who conceived this operation relied on these calculations,” he said.