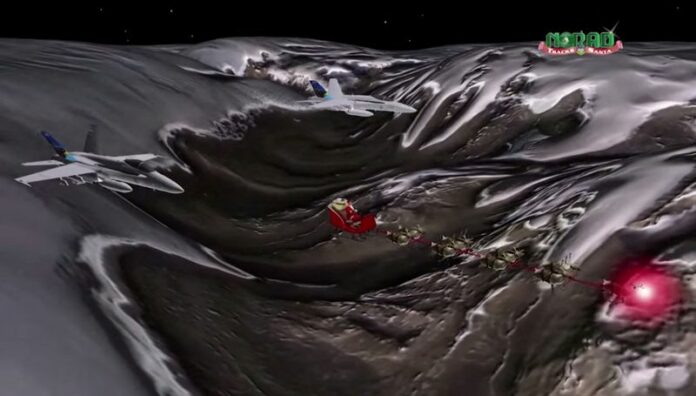 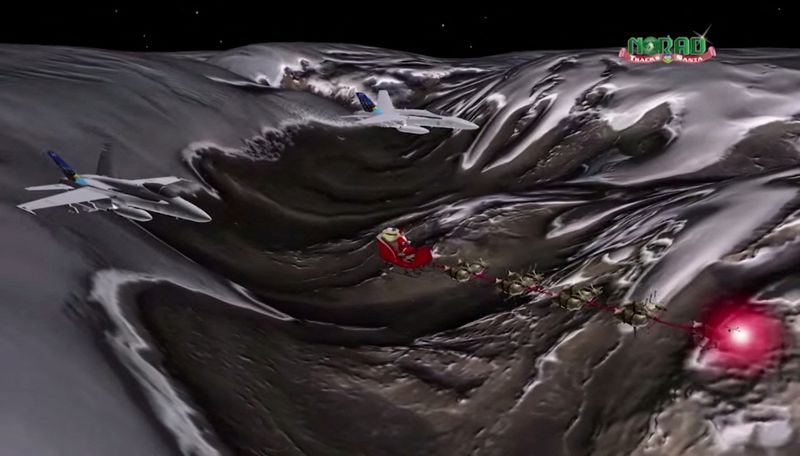 “We have to deal with a polar vortex once in a while, but Santa lives year-round in one at the North Pole, so he’s used to this weather,” deadpanned U.S. Air Force Master Sergeant Ben Wiseman, a spokesman for the North American Aerospace Defense Command, or NORAD, which tracks the yuletide flight.

For 67 years, NORAD, a joint U.S.-Canadian military command based at Peterson Air Force base in Colorado Springs, Colorado, has provided images and updates on the legendary figure’s worldwide journey along with its main task of monitoring air defenses and issuing aerospace and maritime warnings.

The Santa tracker tradition originated from a 1955 misprint in a Colorado Springs newspaper of the telephone number of a department store for children to call and speak with Santa. The listed number went to what was then known as the Continental Air Defense Command.

An understanding officer took the youngsters’ calls and assured them that Santa, also known as Father Christmas or Saint Nick, was airborne and on schedule to deliver presents to good girls and boys, flying aboard his reindeer-powered sleigh.

Santa does not file a formal flight plan, so the military is never quite sure exactly when he will take off, nor his exact route, NORAD’s Wiseman said, although the Santa tracker goes live at 4 a.m. EST (0900 GMT) on Friday on the NORAD website.

U.S. and Canadian fighter jet pilots provide a courtesy escort for him over North America, and Santa slows down to wave to them, he added.