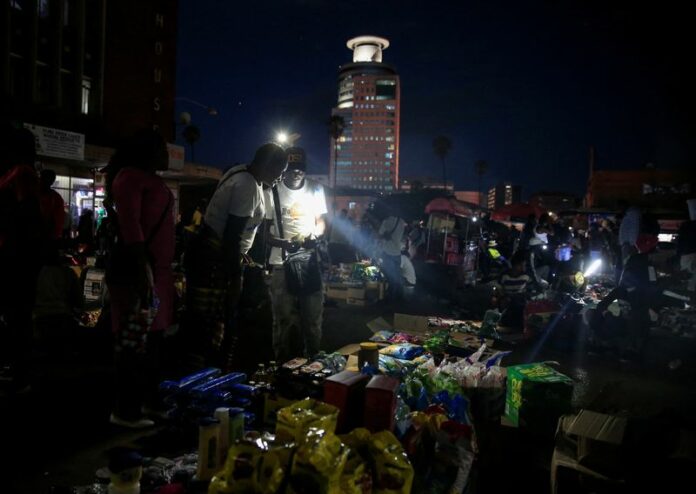 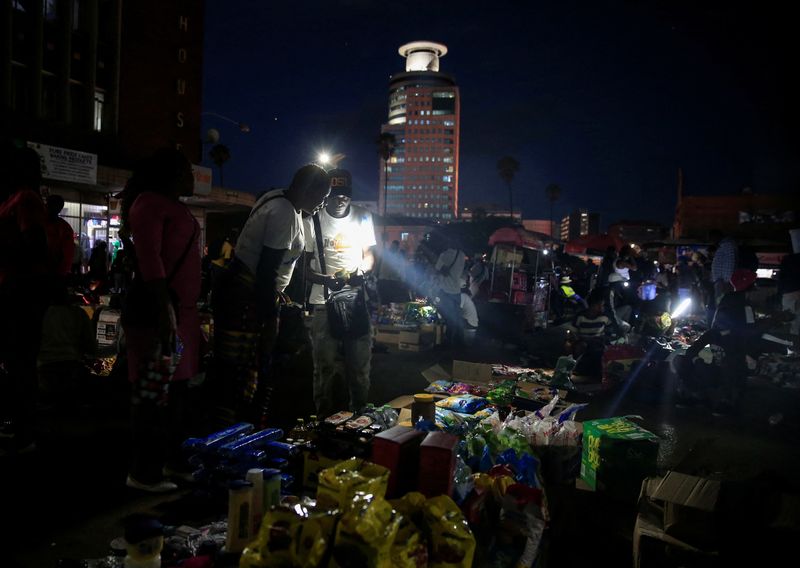 HARARE (Reuters) – As dusk descends on the dimly lit central business district of Zimbabwe’s capital Harare, a steady stream of home-bound workers flows into a sea of informal traders hawking a mixture of basic foods, clothes and electronic devices.

The crowds of night-time street traders have expanded as the southern African country’s economic crisis, marked by high inflation and unemployment, pushes people to earn extra cash or look for bargains to make their money go further.

Street trading is illegal in Zimbabwe and the traders hope by setting up under cover of darkness they can avoid being spotted by police.

Although Zimbabwe is a long way off the 500 billion percent hyperinflation reported by the International Monetary Fund in December 2008, the country still has the highest inflation in the world, measured at 255% in November.

The dire state of the economy is blamed on years of government mismanagement and corruption, made worse this year by the global food and energy shortages precipitated by the Ukraine crisis.

Father of two Byron Munangati, 27, takes his place among hordes of vendors who flock into Harare’s city centre each night to target bargain-hunting commuters heading home from work.

“They come here because our merchandise is cheaper. I expect better sales during Christmas holidays, people have a propensity to spend on groceries and other things,” Munangati said, handing a customer grimy U.S. dollar notes under the beam of a solar lamp he uses for lighting.

There are also traders who sell their wares in informal pop-up street markets during the day, but these are frequently raided and dispersed by police.

Tinotenda Taruberekera, a 21-year-old clothing vendor, says he makes more money selling at night than during the day.

“In the afternoon, there are constant battles with police so selling at night helps,” said Taruberekera.

Although Zimbabwe re-introduced its own currency after it was destroyed by hyperinflation, most of the street trade is in U.S. dollars.

The street traders often undercut prices in mainstream shops, which have costly overheads, and this can eat into the retailers’ market share.

“I come to the streets because I can negotiate the price. These sneaker dealers are willing to reduce the price always,” he said, walking away with a pair of trainers.