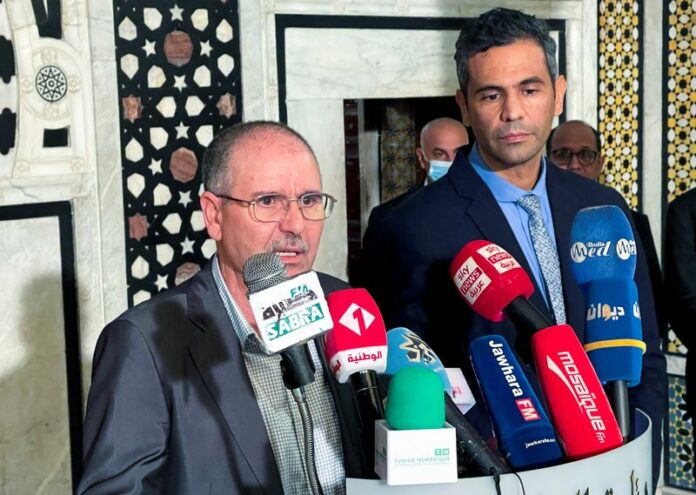 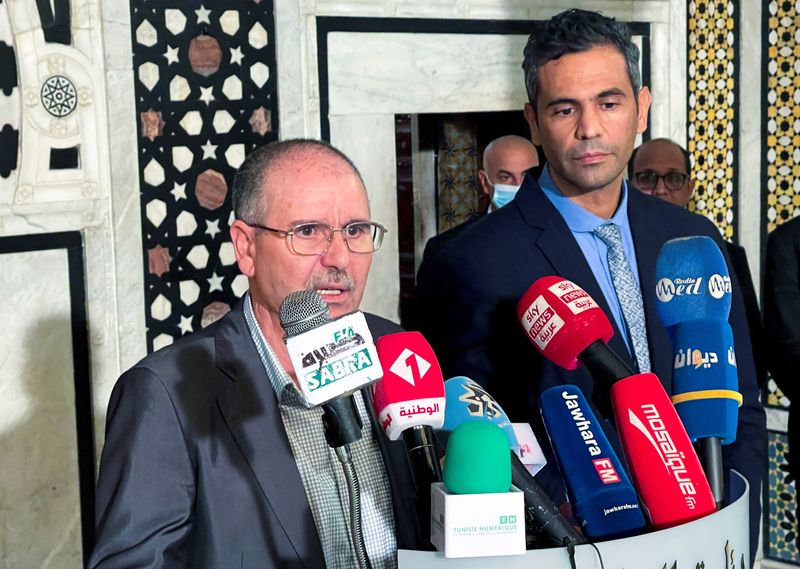 TUNIS (Reuters) – Tunisia’s powerful UGTT union will hold mass protests and “occupy the streets” soon to show its rejection of next year’s austerity budget, the leader of the union said on Monday, in its strongest challenge to the government of President Kais Saied yet.

The union, with more than a million members, has proven able to paralyse the economy with strikes. It has at times backed Saied after he seized most powers last year, but on other occasions has voiced opposition.

“Why do we accept this situation? We will not accept it…we will occupy the streets to defend our choices and the interest of the people,” Noureddine Taboubi, the head of UGTT, said.

Tunisia’s 2023 budget expects to reduce the fiscal deficit to 5.2% next year from a forecast 7.7% this year, driven by unpopular reforms that could pave the way for a final deal with the International Monetary Fund on a rescue package.

Tunisia will raise taxes for several professions, including lawyers, engineers and accountants, from 13% to 19%. Taboubi said that this government is “a tax-collecting government…the Finance Law increases the suffering of Tunisians”.

During 2023, which Economy Minister Samir Saeed said would be a “very difficult year”, the government will also reduce subsidies’ expenditures‮ ‬by 26.4 percent, mainly in energy and food.

This month, the government raised the prices of drinking water and is expected to frequently raise fuel prices next year to reduce the growing energy deficit.

The budget sparked widespread rejection from some professions. The lawyers threatened in a statement what it called “a tax disobedience”.

Tunisia has reached a staff-level agreement with the IMF for a $1.9 billion rescue package in exchange for unpopular reforms, including cutting food and energy subsidies, and overhauling public companies. It aims to reach a final deal early next year.