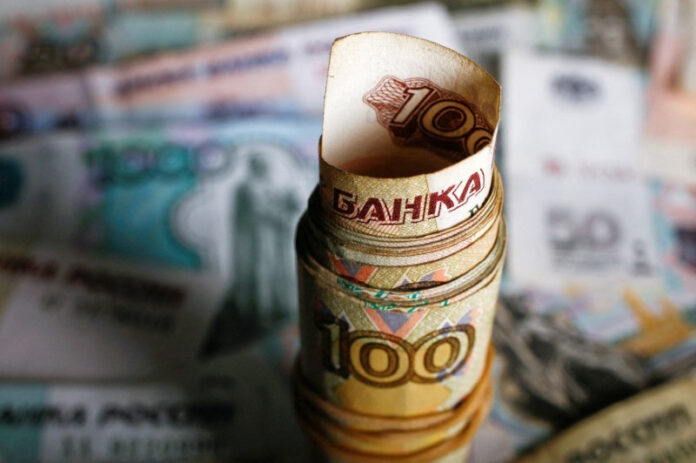 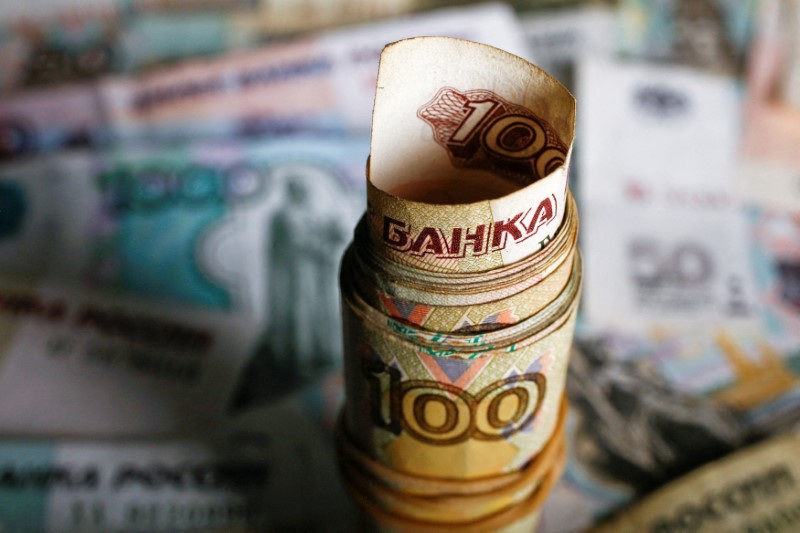 MOSCOW (Reuters) – The Russian rouble strengthened sharply in a volatile session on Monday, recovering some ground after its largest weekly slump since early July on fears over the impact of oil and gas sanctions on Russia’s export revenue.

The rouble lost about 8% last week and is down over 10% this month after an oil embargo and price cap came into force. The finance ministry has said the recent decline was related to recovering imports.

Trading activity is likely to be light on Monday, Otkritie Research said in a note, with the rouble able to strengthen in the continuing month-end tax period, which usually sees Russian exporters convert foreign exchange revenue to pay local liabilities.

The rouble remains one of the world’s best-performing major currencies against the dollar this year, supported by capital controls and reduced imports, but it has lost top spot to Brazil’s real in the past week.

Brent crude oil, a global benchmark for Russia’s main export, climbed to a near three-week high in its final trading session before the Christmas break, last up 3.7% at $84.0 a barrel.

Investors are likely to rebalance their portfolios in the final week of the year, which could move the market in either direction, Sinara Investment Bank said.