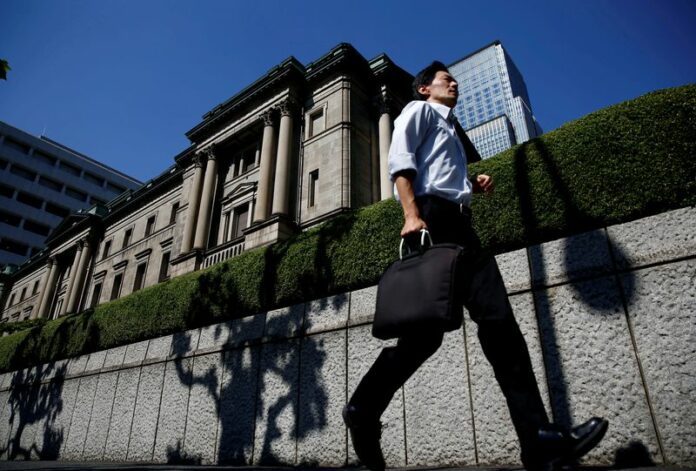 TOKYO (Reuters) – Former Bank of Japan Deputy Governor Hirohide Yamaguchi, a vocal critic of Governor Haruhiko Kuroda’s stimulus programme, is emerging as a strong candidate to become next head of the central bank, the Sankei newspaper reported on Thursday.

Yamaguchi had been considered a less likely candidate compared with deputy governor Masayoshi Amamiya and former deputy Hiroshi Nakaso. Amamiya and Nakaso have both served under Kuroda, and long been considered top contenders to succeed the dovish governor when his second five-year term ends in April.

But Yamaguchi is attracting more attention as a strong candidate as Kishida’s administration distances itself from Abenomics, the Sankei said, adding that Kishida’s choice of new BOJ governor will become clear as early as next month.

A career central banker with deep experience in monetary policy drafting, Yamaguchi served as deputy governor for five years until 2013. He served under former governor Masaaki Shirakawa, who was criticised by Abe and Kuroda for being too cautious of taking radical steps to pull Japan out of deflation.

Since retiring from the BOJ, Yamaguchi has warned of the rising cost of prolonged easing and criticised Kuroda’s stimulus as relying too much on the view that central banks can influence public perception with monetary policy.

In an interview with Reuters this month, Yamaguchi said the BOJ must make its monetary policy framework more flexible and stand ready to raise its long-term interest rate target next year if the economy can withstand risks.

The BOJ shocked markets this month with a surprise tweak to its bond yield control that allows long-term interest rates to rise more, a move aimed at easing some of the costs of prolonged monetary stimulus.

Although Kuroda has ruled out the chance of a near-term rate hike, many market players are pricing in the possibility of a further withdrawal of stimulus when Kuroda’s successor takes the helm next year.