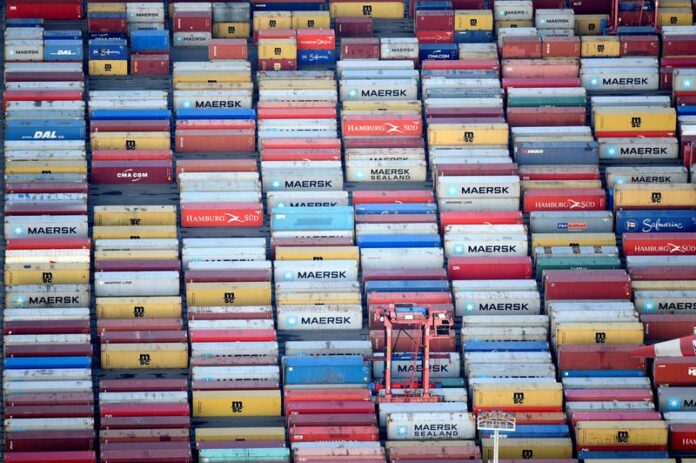 German exporters prepare for a challenging 2023 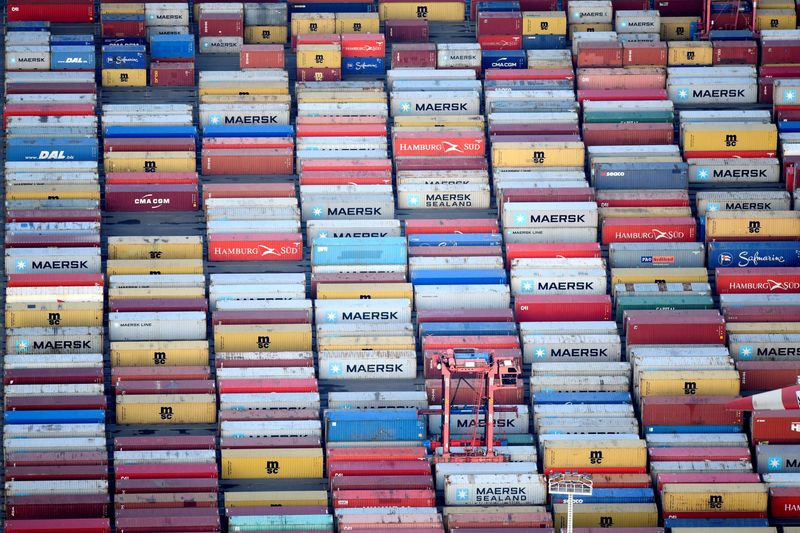 © Reuters. FILE PHOTO: Containers are seen at a terminal in the port of Hamburg, Germany November 14, 2019. REUTERS/Fabian Bimmer

The United States and China are Germany’s most important trading partners.

“There will be no slump in exports in 2023, but we cannot expect a steep rise either,” BGA President Dirk Jandura told Reuters in an interview published on Thursday. “It would already be a success if we manage a ‘black zero’ in real terms.”

After Beijing abandoned its zero-COVID policy early this month, the virus is spreading largely unchecked across the country of 1.4 billion. While the Chinese economy is expected to see a sharp rebound later next year, it is in for a rough ride in the coming weeks and months as workers increasingly fall ill.

“We are also worried about the U.S.” Jandura said. “We have a stronger euro again because of the ECB interest rate increases. That’s not going to boost exports.”

He added that higher interest rates were already having an impact in the United States where they have risen further, especially on the construction industry.

To tame soaring inflation, the European Central Bank and the U.S. Federal Reserve have raised interest rates at the fastest pace in decades and both are expected to do more next year.

German exporters had not been able to fully process all orders in recent months due to supply shortages, Jandura said. That left them with comfortably filled order books and the anticipated easing of supply bottlenecks should create a catch-up effect.

German exports probably have risen at a double-digit percentage rate in 2022, mainly thanks to higher prices, with goods volumes up by “low single digits,” Jandura said.