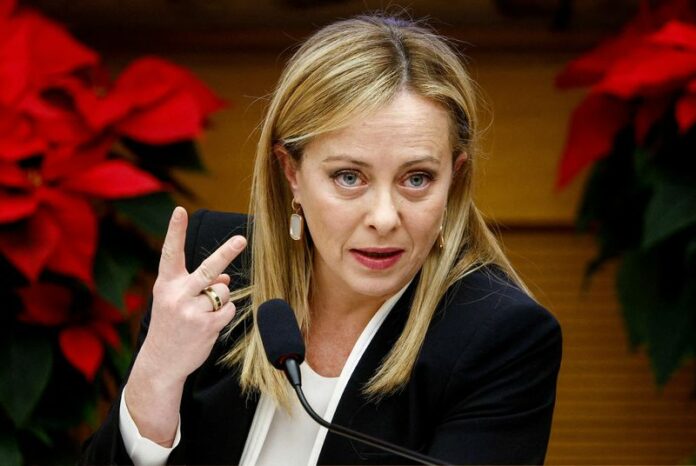 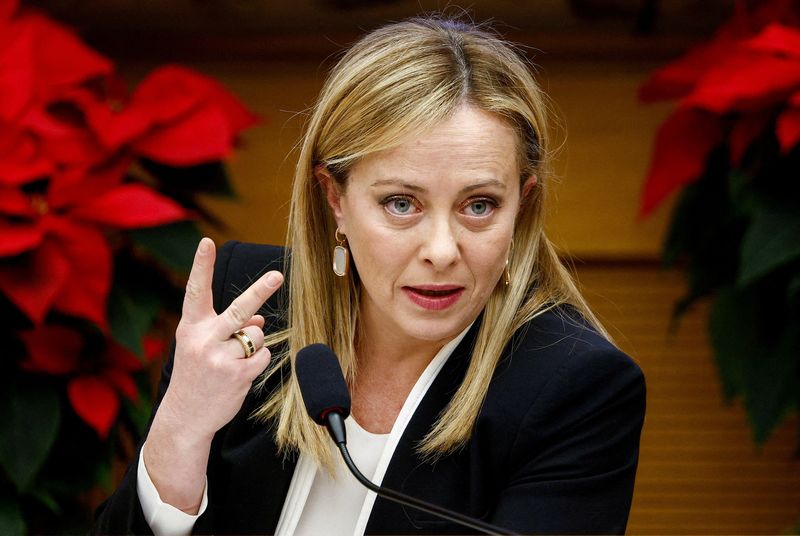 By Gavin Jones and Angelo Amante

During a three-hour, end-year news conference Meloni said the ECB should avoid making “choices that make things worse” for the bloc’s economy, adding her voice to criticism leveled at the bank this month by some of her top ministers.

At its last meeting the ECB raised its benchmark interest rate by 50 basis points as widely expected, but also signaled that more hikes would follow in the coming months, triggering a sell-off of Italian government bonds.

“It would be useful if the ECB handled its communication well … because otherwise it risks generating not panic but fluctuations on the market that nullify the efforts that governments are making,” Meloni said.

Turning to the euro zone’s bailout fund, Meloni gave no indication on whether Italy would ratify a treaty revamping the so-called European Stability Mechanism (ESM), and said she believed nobody would ever use the fund in its present form.

Italy is the only euro zone country that is dragging its feet over the ESM reform, which would give the institution the task of providing a backstop to deal with failing banks in the context of the Banking Union.

It would also make sovereign debt restructuring in the euro zone more straightforward.

“I fear the fund will never be used,” Meloni said, because the conditions are “too stringent” and any country applying for an ESM loan would see a rise in its bond yields and “a series of disadvantageous things.”

Meloni, who took office in October at the head of a right-wing coalition, said that “rather than ratifying the reform” she wanted to meet the director of the ESM to see if it was possible to put the fund to a different use.

Meloni, leader of the hard-right Brothers of Italy party, was strongly against the ratification of the reformed treaty when she was in opposition.

Without going into detail, she said she envisaged the ESM as “something different, something vaguely usable, with different and less conditionality … and objectives that are more focused on our priorities.”